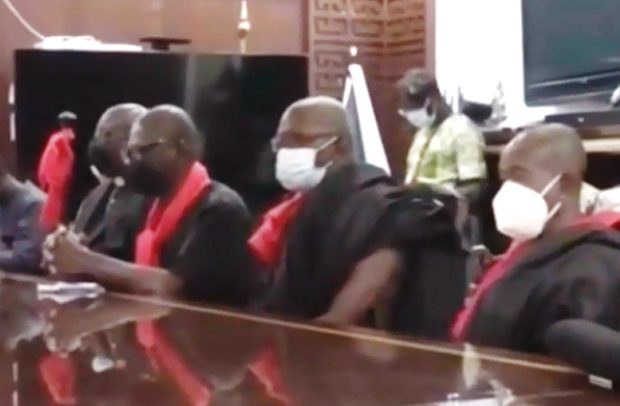 The Osu Traditional Council recently called on President Akufo-Addo at the Jubilee House, to inform him about the death of the Osu Mantse, Nii Kinka Dowuona V.

The delegation was led by the Osu Alata Mantse, Nii Kwabena Boni IV, the Osu Wulomo, Nuumo Gbelenfo and Professor Nii Noi Duwuona, spokesperson for the family and a host of other elders.

President Akufo-Addo described the late Osu Mantse as a good friend and a father-in-law, since the First Lady Rebecca his wife, hails from Osu.

He, therefore, asked the elders of Osu to keep him posted about arrangements for the funeral, since he would not only want to make an input, but also to make sure that the late chief is given a befitting farewell.

The President also advised that, they should endeavour to conduct in fairness, processes leading to the selection of the next Osu Mantse, so as to avoid needless tensions and scuffles. The elders promised to do so, in his honour.