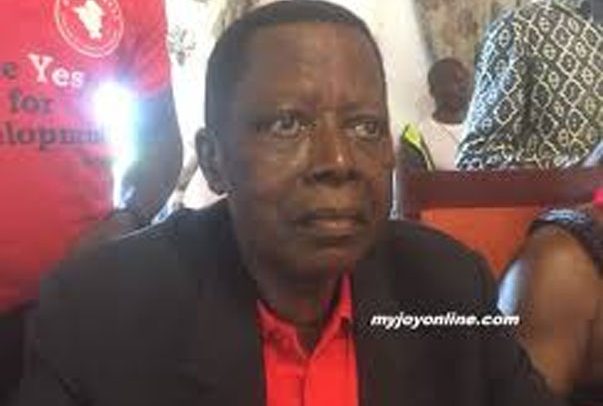 Dr Kwaku Addeah, the Secretary to the Joint Consultative Committee (JCC) of the Oti Movement who championed the creation of the proposed Oti Region has passed away.

DAILY GUIDE revealed that the lawyer was rushed to the Korle-Bu Teaching Hospital on Sunday, May 13, 2018 in Accra but died shortly.

A communiqué from JCC under the chairmanship of Krachiwura, Nana Mprah Besemuna II, consoled the family over the death of the hero.

It stated that “On behalf of the chairman and members of the JCC, we wish to inform all Nananom, the entire citizens of our proposed Oti Region, of the call to eternal rest of our brother and friend, Dr Kwaku Addeah.”

The communiqué added that the JCC meeting on Sunday was curtailed to enable the leadership to commiserate with the bereaved family.

“The delegation met the family who sadly confirmed the passing on of our indefatigable secretary, lawyer and spokesman of Oti Movement,” it said.

The statement added that “the family has agreed to allow JCC to bring two of our members to help the funeral committee to plan a befitting funeral for our departed brother.”

Dr Addeah played a leading role in the campaign to carve out Oti Region from the Volta Region in order to develop the northern part of the region.

He said the northern part of the Volta Region had been neglected for a long time and must be on its own to attract investment.

Dr Addeah told the nine-member Justice Brobbey Commission of Inquiry that the JCC has enough justification for the creation of Oti Region.

The Commission of Enquiry was set up by President Nana Akufo-Addo to fulfill one of his campaign promises to consider petitions on the possible creation of new regions in the country.