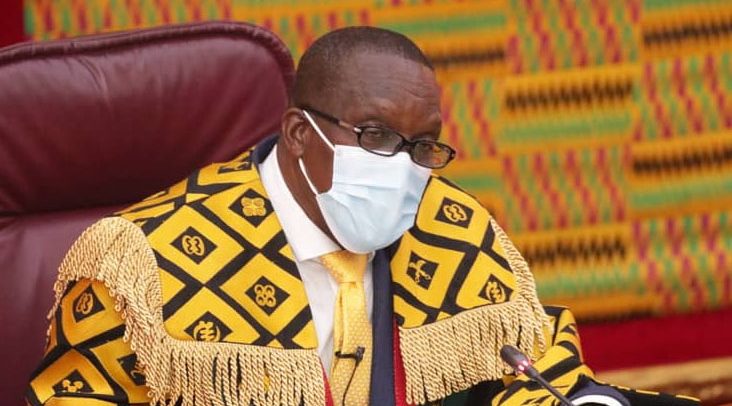 The Speaker of Parliament Alban Bagbin is managing a Parliament he did not imagine.

It is a Parliament which is being threatened by a high octane of heckling, a situation which compelled him to tell the Honourable Members that he won’t tolerate such ‘playground’ antics.

He has a herculean task on his plate and his ability to overcome the challenge would earn him a deserving reverence in the annals of the history of the legislature.

Even before the rowdy state in the House when the President’s State of the Nation’s Address (SoNA) was being debated, the poor reception accorded the guests of Parliament left much to be desired.

At such annual events when the President turns up to tell the country the state of his stewardship, the House hosts dignitaries, one of them, the head of the judiciary, an arm of government. Even as MPs from the other side of the aisle dangle their placards, they must do so with a level of respect for the guests, especially the Chief Justice.

He was denied this basic requirement of civility and it hurt many Ghanaians.

Young Ghanaians curious to know how courtesies are managed in special institutions such as Parliament were expectedly mesmerized by what they saw.

The gentleman who is held in high esteem by virtue of the position he holds as the Chief Justice was heckled when the Speaker introduced him. The red line was crossed.

It is for good reason that our elected representatives in the law making House are accorded the ‘Honourable’ status in society.

Any remark or action which turns to reduce their esteem in the eyes of the public is actionable. Indeed, there have been instances when some persons have been dragged before the Privileges Committee of the House.

In an age where mass communications has been modernized, its channels at the beck and call of almost all citizens, students and pupils et al, occurrences in the House are viewed in all crannies of the country.

Our apprehension is that should inappropriate conduct continue to feature in the House, the respect that the legislature deserves will be eroded. We do not want to lose a whole House of role models for our youth.

The Speaker and some MPs were recently subjected to worrying harsh remarks by a political activist in the NDC. He could not have had the guts to do so had the House not listed towards a playground, to use the Speaker’s word.

Our MPs should exude gentlemanly conduct so that their deserving esteem will be enhanced and not debased by an unruly party activist.

We are compelled to recall the incident-ridden session when snatching of ballot papers, kicking of ballot boxes and near fisticuffs were observed. This and the latter occurrences triggering this commentary are unpalatable and should be avoided.

Turning the House into a playground as the Speaker has observed is a serious call. We wait to see whether he can crack the whip to ensure that the deserving ambience is maintained in the House.