Partey, Fosu Back To Stars Fold 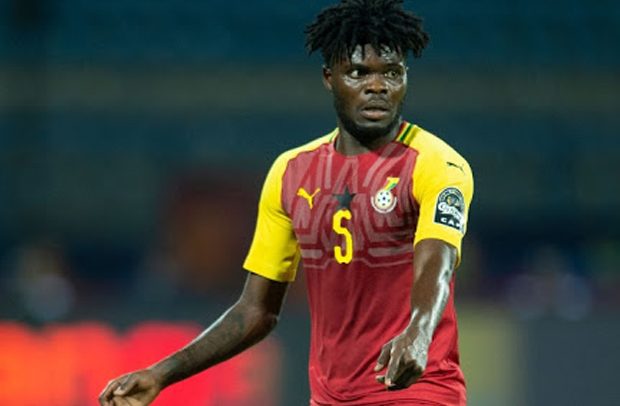 The duo  join CK Akonnor’s men for Saturday’s  international friendly after missing  Ghana’s clash with Morocco in Rabat on Tuesday.

The Gunner was excused from the Black Stars’ trip to Morocco   after he sought for permission to sort out family issues.

On Wednesday, Partey turned up at the Black Stars training at the Cape Coast Siwdu Park for preparations for the game against Cote d’Ivoire.

Partey, 27, was joined by Fosu, who was also left out of the squad for the Morocco friendly after arriving late at camp.

Ghana suffered a 0-1 loss to the Atlas Lions who benefited from a goalmouth error.

The Black Stars face the Elephants at the Cape Coast Stadium tomorrow.