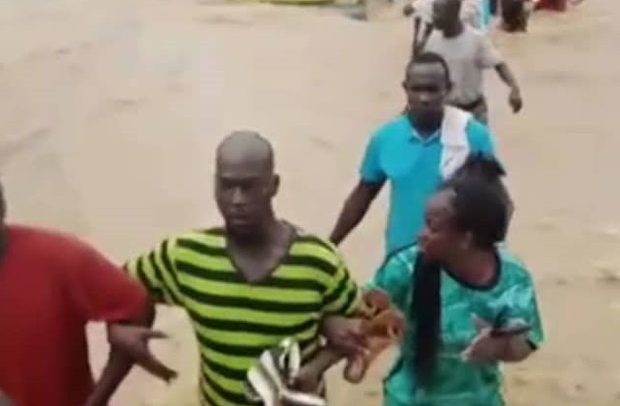 Properties running into millions of cedis have also been destroyed by the flood and the majority of the residents had their rooms flooded owing to the volume of rain. 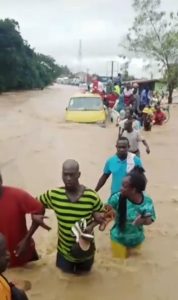 Parts of Kojokrom, Essikado, Takoradi Zenith, Anaji Choice Mart area, and some suburbs in the Metropolis were underwater. 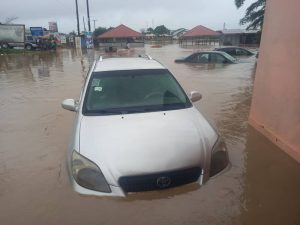 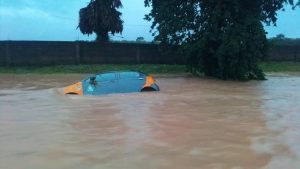 Passengers and motorists who used the Takoradi-Agona-Nkwanta-Tarkwa highway had a tough time on the Apremdo-Apowa portion of the highway as heavy rainfall caused flooding and massive vehicular traffic on the stretch.

Many commuters were left stranded in traffic for hours. Some drivers had no option but to leave their cars in the flood because they were unable to drive through.

Those who drove through had to do so carefully as flood waters had covered most of the road just in front of the Saint Mary`s Boys’ Senior High School at Apowa, near Takoradi.

The St. Mary’s Seminary portion of the highway also got flooded, making vehicular movement difficult, with some of the vehicles overturning on the highway as they tried to manoeuvre in the flood.

Speaking to journalists, some of the passengers and motorists who had to abandon their vehicles to walk in the flood complained bitterly about the situation. 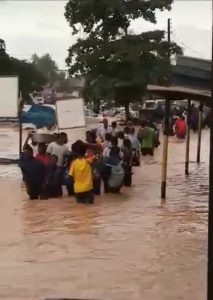 They, therefore, called for the drainage in the area to be fixed, as the problem had become perennial.

At the Busumakura Street joining the Wiawso Highway and close to the Mankesim White house, a second-hand goods dealer who gave her name as Auntie Konadu lamented that her store, near a Pharmacy shop, normally flooded.

When DAILY GUIDE visited the Kokompe industrial enclave, a mechanic, bemoaned the perennial flooding adding that most stores around the enclave flooded anytime it rained.

He attributed the flooding to what he termed as poor drainage along the road. 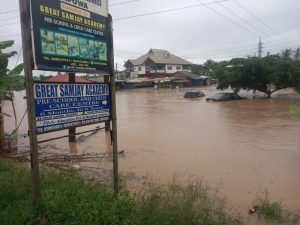 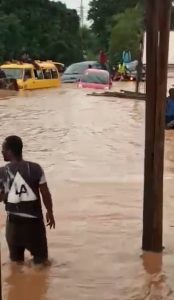 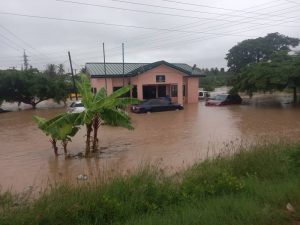 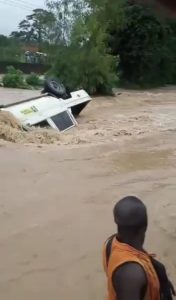