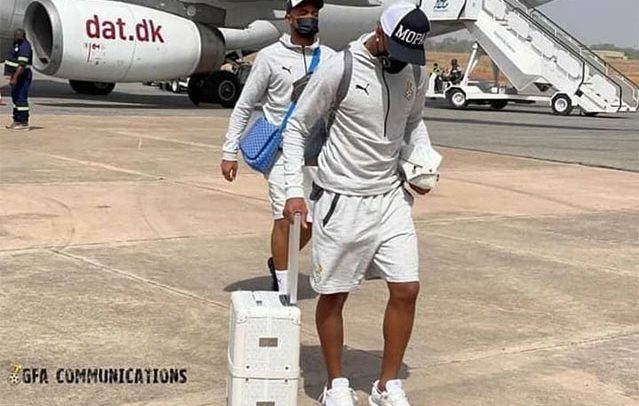 The Black Stars are reported to have arrived from their ill-fated participation in the ongoing AFCON tournament in Cameroun.

It was a surreptitious arrival bereft of fanfare due to palpable reasons. They performed abysmally and did not want to attract the attention of angry Ghanaians for breaking their hearts.

Reported to have arrived in the early hours of yesterday many wondered whether they were indeed in town.

The thunderous condemnation of their non-starter performance having subsided somewhat, not so however, the President of the Ghana Football Association (GFA) Kurt Okraku’s reckless response to the anger of his compatriots.

It is inappropriate that the man who went into a competition to become the President of the GFA would exhibit such a high level of arrogance in his response to the queries about why the national team failed to shine.

Don’t Ghanaians have cause to question the poor performance of their national team and to query the officials assigned the role of managing our soccer engagements locally and internationally? They do because of the taxpayers monies used to fund our participation in such high-profile tournaments.

Unless Kurt Okraku did not understand the import of his remarks in which case he must learn how to talk to incensed people under the circumstances, we have cause to descend upon him.

He will go down as the worst President of the GFA in all departments of assessment of the presidency of the association.

To tell Ghanaians still reeling from the shock performance of their national team that their country does not have the likes of Lionel Messi and Ronaldo to shine at the continental tourney is to hurl invectives at them.

Did he and his colleagues not know that the Black Stars did not have within their fold the ilk of Messi and Ronaldo before preparing the national team for the continental tournament?

We can safely conclude that the failure of the Black Stars was premeditated a situation in which the GFA President and others had a hand in. Fellow Ghanaians don’t we deserve a probe of the performance of the national team vis a vis the insulting remarks from Kurt Okraku? We of course do.

Ghanaians feel insulted by this crappy response from a man whose failure has been reflected in the Ghana’s scorecard in Cameroun.

The skeletons in the cupboard of national soccer management of which he is a part is now being exposed in the soccer fraternity.

Rather than express remorse for their abysmal performance a humiliation shared by the leadership of the GFA Kurt Okraku chose this trajectory of badmouthing.

Soccer especially when it is about the Black Stars’ performance at the continental stage is something which must not be subjected to the poor choice of words by the management of national  soccer as represented by the nonsense of Kurt Okraku. Blimey!  We cannot take this crap.