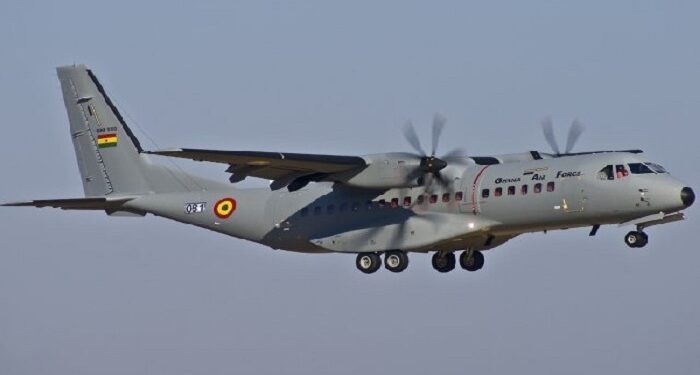 We have, therefore, been hoping somewhat fervently that with the arrival of the Office of the Special Prosecutor, the justice system is going to descend heavily not only on the goat, cassava and plantain thieves, but as well as the hardened criminals who hide behind the narrow political colorations.

Let us, therefore, hope and pray that the Special Prosecutor will manage to nab the shameless racketeers in the Airbus corruption scandal.

Indeed, we are most grateful to President Akufo-Addo for promptly tasking the investigators to probe into the Airbus corruption scandal.

In any case, we are extremely optimistic that the Special Prosecutor will diligently probe into the shameful Airbus corruption scandal and bring the culprits into the book as soon as possible.

Let us urge the Special Prosecutor, as a matter of necessity, to roundup and if possible end the political career of the alleged top elected government official one who has been cited in the shameful Airbus corruption scandal.

Truth be told, the traditional exemption of heads of state from prosecution despite the evidence of a case to answer is wrong.

Dearest reader, if the bribery and corruption; dubious judgment debt payments; stashing of national funds by some greedy opportunists and misappropriation of resources and crude embezzlement by some politicians do not warrant criminal charges, then where are we heading as a nation?

The all-important question every discerning Ghanaian should be asking is: will the day come when ‘Ghana’s political criminals’ find they have nowhere to hide?

To me, Ghana’s 1992 Constitution has to be reviewed and the irrational and inexpedient clauses such as the indemnity clauses are expunged and tossed into the dust bin accordingly.

How on earth can individuals commit unpardonable crimes (gargantuan sleazes and corruption) against the state and get away with their misdeeds?

How serious are we as a nation when we can only descend heavily on the goat, cassava and plantain thieves, and let go the unrepentant criminals who persistently dip their hands into the national coffers?

How is bribe treated under the law?

In fact, different countries have different responses to the preceding question, by definition as well as interpretation. In some jurisdictions, for instance, the courts may consider an oral offer of a bribe, not as attempted bribery, unless the briber takes further steps. An OECD report, however, suggests that broad definitions of corruption may be one reason why prosecutions are so low.

Apparently, the OECD, the Council of Europe and the UN conventions do not explicitly define ‘corruption’, but have established a range of corrupt offences.

For example, the OECD Convention establishes the offence of bribery of foreign public officials, while the Council of Europe adds trading influence and bribing of domestic public officials as well.

Besides, the UN Convention covers embezzlement, misappropriation of property and obstruction of justice.

In fact, one mostly-cited mystery is distinguishing illegal trading in influence from legal lobbying.

On the other hand, the UN Convention only covers peddlers who “abuse” their influence. While the OECD glossary notes that international definitions of corruption for policy purposes are common, and cites “abuse of public or private office for personal gain” as a useful example for policy development” (OECD 2007).

In terms of meanings, favouritism, nepotism and cronyism all involve abuses of discretion. Even though some countries do not criminalise the conduct, (Article 7 of the UN Convention Against Corruption covers merit selection without even mentioning nepotism).

Suffice it to stress that those violations usually involve not a direct personal benefit to an official but promote the interests of those related to the official, whether through family, political party, tribe, or religious group.

In fact, a fantastically corrupt official who hires a relative (nepotism) or a friend (cronyism), does so in exchange, not often of a bribe but of the less tangible benefit of advancing the interests of others connected to the official.

The unlawful favouring of ‒ or discrimination against ‒ individuals can be based on a wide range of group characteristics: tribe, religion, geographical factors, political or as well as personal or organizational relationships, such as friendship or shared membership of clubs or associations.

In ending, , we hope and pray that the Office of the Prosecutor will endeavour to investigate, fish out and prosecute the impenitent conspiratorial plotters in the Airbus corruption scandal.