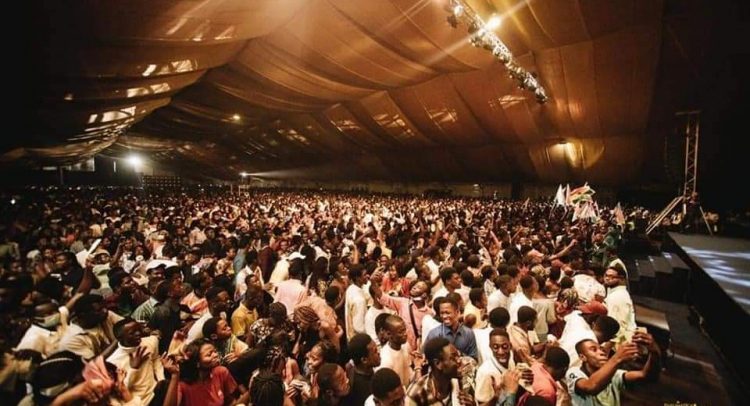 Whereas pneumatology is the segment of Christian theology concerned with the Holy Ghost and spiritual concepts, pneumonia on the other hand refers to the inflammation of the lungs one of the damning effects of COVID-19.

Organisers of the potentially COVID-19 spreading church activity at the Fantasy Dome at the Trade Fair Centre in Accra last Friday dubbed the event ‘Pneumatic Night.’ We would for the purpose of this commentary dub it ‘Pneumonic Night’ because of its proclivity to spreading COVID-19 one of whose fallouts is the pneumonia and its associated respiratory stress.

It has been five days since the event and the country holds its breath, not knowing what the aftermath would be.

Even as we pray to God to spare us the cost of the recklessness of the organisers we demand action from law enforcement against the organizers.

The Friday activity has attracted widespread condemnation by Ghanaians who understand the COVID-19 pandemic.

It was a potential spreader of the virus for which the organizers should be held responsible for any surge of the killer ailment.

Coming at a time when the health authorities have firmly controlled the spread of the virus in the country it is most despicable.

We find it worrying that at a time our faith leaders should join the authorities in the fight against the virus a few of them are rather endorsing the dangerous denial of the killer pandemic.

Engaging in the activity without masks and recklessly ignoring social distancing boggles our mind more so since there is a Presidential directive outlawing the foregone.

The congregation of thousands seeking God’s salvation took place against the backdrop of the seeming uncontrollable surge in COVID-19 cases in India.

Many wondered whether the organizers of the programme were not following updates on COVID-19 in India and Brazil. If they have been doing so they would have advised themselves accordingly.

The general downward trend of adherence to the Presidential directives on COVID-19 protocols in the country could be drawing inspiration from such disturbing faith events by ironically leaders who speak to their congregations about life and the hereafter.

In India a religion-steeped country, the Ganges River, a hub for one of the country’s contact faith activities is thought to have provided the impetus for the spread of the virus.

Although the police have moved against organizers of the programme they deserve a query for their slackened performance. Had they been proactive they would have stopped the event from taking place after all advertisements preceded the D-Day.

Indeed, somebody in the Police Administration should be held responsible for the anomaly more so when a Presidential directive has been flagrantly breached at a public place like the Trade Fair Centre.

We are baffled that the Police only got wind of the activity after social media responded with harsh remarks.

Not only did the organizers flout the President’s orders considering the huge number of congregants they should have notified the Police.

Under the circumstances the organizers and the Police have failed us both of which should be sanctioned accordingly.

A Leader Has Brotherly Love