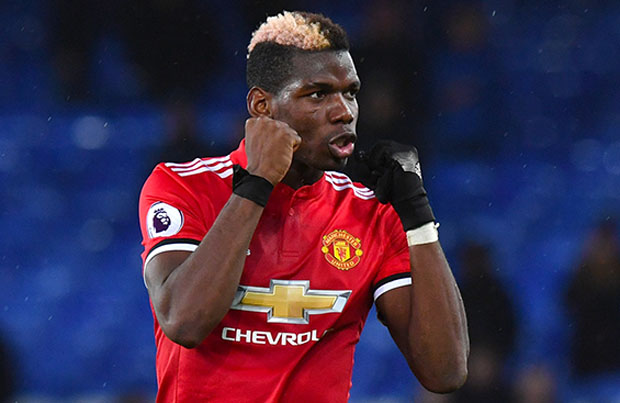 Paul Pogba is willing to make a dramatic U-turn by opening talks over a new contract at Manchester United.

Pogba has less than a year left on his current deal— although United can extend it by a further 12 months—and manager Ole Gunnar Solskjaer said on Wednesday that he hopes the Frenchman will stay even longer.

United have yet to approach Pogba over a new contract but are likely to begin discussions with his representatives at the end of the season.

Sportsmail understands the 27-year-old midfielder is open to committing his future to the club, despite having expressed a desire to leave on several occasions since rejoining United from Juventus in 2016 for a then world record £89million.

He has been encouraged to stay after returning from injury to forge an exciting partnership with Bruno Fernandes in a United side currently unbeaten in 16 games under Solskjaer and playing some of their best football since Sir Alex Ferguson retired.

United would have to make Pogba one of their highest earners alongside Alexis Sanchez and David de Gea. He is currently paid £290,000 a week, with an annual salary of £7.75m plus image rights of £2.87m and a loyalty bonus of £3.78m.

The United boss said, “Of course, we want to keep the best players around the club.

“Hopefully we can do something. I know that since Paul has come back he’s looking better and better. He’s enjoying his football and let’s see where it takes us.”