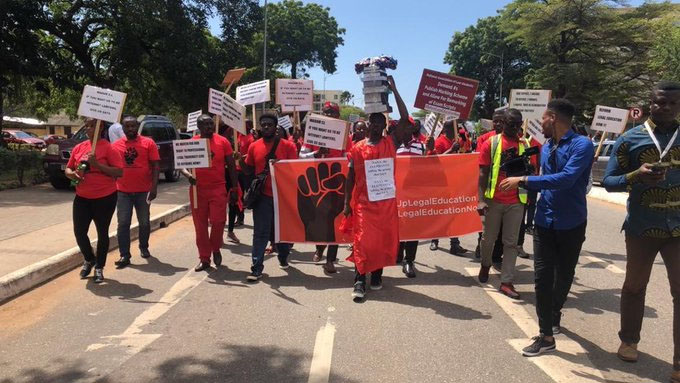 The students were arrested on Monday, October 7, 2019, for embarking on what the Police have termed an illegal demonstration.

Rubber bullets and teargas were allegedly fired during the Accra demonstration over the recent mass failure at the Ghana Law School.

But the Accra Regional Police Command in a statement issued by its Public Affairs Directorate on October 7, noted that the students numbering about 300, besieged the entrance to the law school, sat down in the middle of the road, “thus prevented a free flow of traffic.”

It said the demonstrators later continued to the Attorney General’s Department where they prevented a Deputy Minister of Justice, Godfred Dame, from exiting the premises.

According to the statement, the students later re-assembled close to the new court complex in Accra and picketed there for some time.

Noble Nketsiah, Others To Perform In US