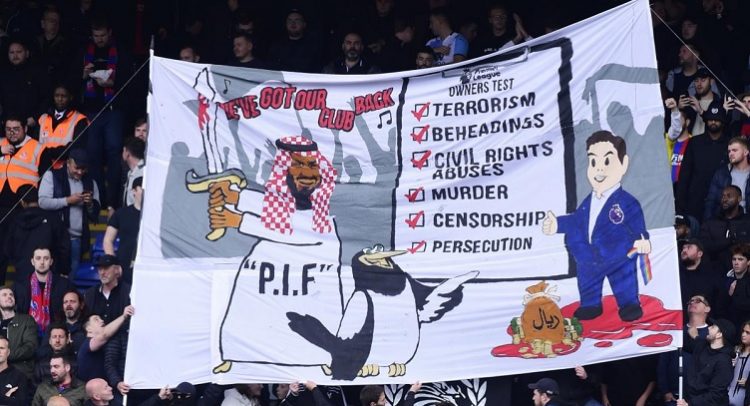 Police are investigating a graphic banner displayed by Crystal Palace fans that targeted the Saudi Arabian-led takeover of Newcastle United.

It featured illustrations of a man dressed in traditional Arabic clothing alongside what appeared to be Premier League chief executive Richard Masters.

The man in Arab-style clothing was also holding a sword with blood on it.

The banner had a checklist with alleged offences by the Saudi Arabia regime.