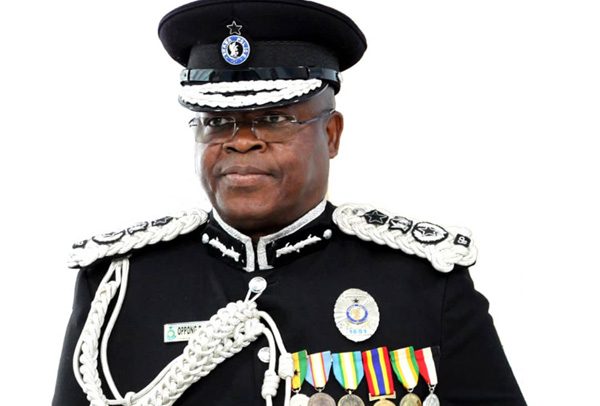 The IGP/Mr. James Oppong-Boanuh’s observation in a speech read on his behalf during a function that police/public relations is not the best is an apt one. We would proceed to say rather brazenly that the relationship between the two is very bad and, therefore, needs to be reversed.

There is no gainsaying that most Ghanaians do not trust law enforcers, the reasons for which reality are not far-fetched. The use of ‘their’ is on purpose intended to emphasise the fact that the law enforcement system belongs to the people. It exists to serve them through the enforcement of the laws enacted to ensure that their lives and properties are protected.

Unfortunately, however, bad nuts in the service have earned for the police an unenviable image of ‘crooks’ who prefer lining their pockets to performing their role of sincere law enforcement. The average cop is seen by the public as unfriendly and unapproachable which by and large is close to the truth.

Commanders are difficult to access and so when Ghanaians seek to report their bad subordinates to them they end up giving up the attempt because of the stumbling blocks created by personnel in the charge office.

The inaccessibility factor has deepened the mistrust existing between the public and the police which in turn has impacted negatively on the free-flow of information from the former to the latter.

Effective policing depends by and large upon the cooperation between the police and the public but when this link is broken, a hitch is created.

Important information needed for detectives to undertake investigations and eventual prosecution are kept to the chests of Ghanaians because they see the police as aggressive and even antagonistic, sometimes unserious about doing their work well.

While the situation is somewhat an inherited one from the colonial days when the Hausa cops, as they were called, undertook mainly anti-riot operations and regimental duties, the omission in the curriculum of recruit training basic public relations and courtesy and their impact on trust building between the police and the public is also a factor.

Periodic seminars for police officers on the importance of building trust between the law enforcement officers, especially detectives, traffic and counter cops at the charge offices and the public are desirable.

The reason why the police stress themselves when they require public support in managing given security situations, especially through the offering of information, is due to the absence of a cordial relationship between them and the people they are remunerated to serve.

It would be interesting even important to evaluate the recent floated module intended to have the public report bad cops to some designated police offices.

The IGP meant well when he announced the measures but as to how much these have leveraged on enhancing cordial links between cops and their compatriots is worth knowing.

Until something radical is done to mend the broken fences in the relationship between the two policing, maximum dividends from law enforcement would remain utopian.

To The Banks Of River Pra With Senseless And Vile Propaganda