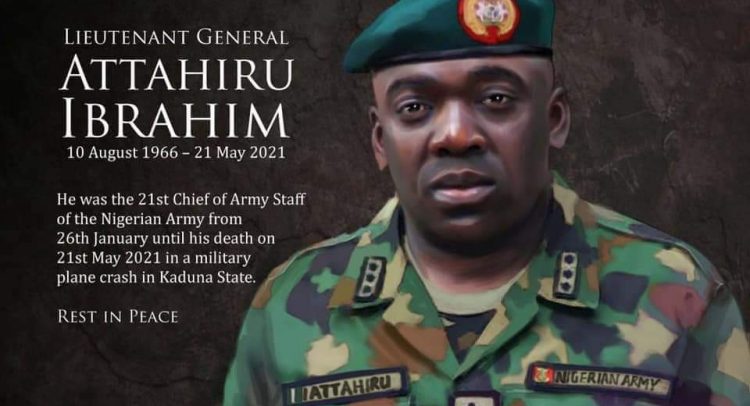 President Nana Addo Dankwa Akufo-Addo Sunday extended his condolence to the Government and people of Nigeria over the death of the country’s Army Chief in a plane crash on Friday.

Lieutenant General Ibrahim Attahiru and 10 other officers perished when the Nigerian Air Force Plane they were travelling on crashed near the Airport of the north-western state of Kaduna.

The accident is the third this year involving the country’s Air Force’s aircraft.

“I express the deep condolences of the Government and people of Ghana, and of myself personally, to President Buhari and the Government and people of the Federal Republic of Nigeria on the shocking, tragic deaths of Nigeria’s Chief of Army Staff, Lt. Gen. Ibrahim Attahiru, other senior Nigerian Military officers, in Saturday’s plane crash,” President Akufo-Addo tweeted.

“Our hearts go out to their families, and may their souls rest in perfect peace.”

Lt. Gen. Attahiru, 55, was appointed by President Buhari alongside other military chiefs in January this year.

Until his demise, he spearheaded the relentless fight against Islamic insurgents Boko Haram and the spread of violence by bandits and criminal gangs in Nigeria.
GNA