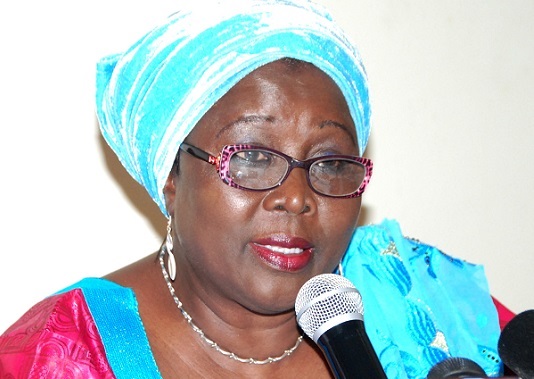 The immediate past Chief of Defense Staff, Lieutenant General Obed Boamah Akwa and former Local Government and Rural Development Minister, Hajia Alima Mahama have been penciled down for ambassadorial duties.

The two are part of a list of 33 names sent to the Council of State by President Akufo-Addo for confirmation as heads of the country’s diplomatic missions abroad.

Lt Gen Akwa is heading to Egypt as Ghana Ambassador whilst Hajia Alima Mahaman goes to the United States of America as perhaps Ghana’s first female Ambassador to Washington DC.

The 33 nominees made up of career diplomats and political appointees are the first batch of ambassadors and head of diplomatic missions appointed by President Akufo-Addo to serve in his second term in accordance with Article 74(1) of the Constitution.

Others stripped from their positions are the former High Commissioner to India, Mike Quaye Jnr who has been replaced with Dr Winfred Nii Okai Hammond, immediate past Ambassador to Egypt as well the former Presidential candidate of the People’s National Convention, Dr Edward Nasigiri Mahama, Ambassador at Large whose position has been taken over by Michael Ofori-Atta, Director of ECOWAS Affairs at the Presidency.

Among the new faces are the former Minister of Lands and Natural Resources, Kwaku Asomah-Cheremeh, replacing Edward Boateng as the Head of Mission at the Ghana Embassy in Beijing, China and Sylvia Naa Adaawa Annoh, Acting Director of Public Affairs, at the Electoral Commission, who is heading to Denmark as Ambassador.

Edward Boateng, according to unconfirmed report is lacing his boots to contest the national chairmanship position of the governing party when nominations are opened.

HONE7 Denies Reports That She Came To Ghana To Support LGBTQI+