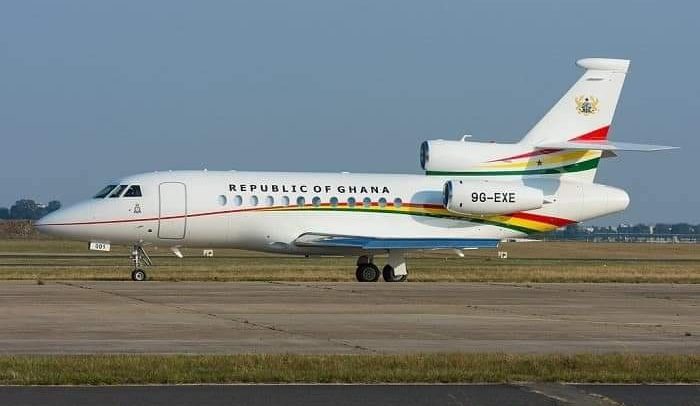 Government says the Presidential Jet has been flown to France for major repair works to be carried out on it and not for any other purpose.

According to government, the jet is expected to return to the country in December this year after completion of the repair works.

It would be recalled that somewhere in May, 2022, the Defence Minister, Dominic Nitiwul indicated the presidential jet would be flown to France for at least four months.

“By the end of this month, we will not have a presidential jet because the one we have is going to France for re-service; it’s one of the reasons the President will not use it for four to five months,” he said in an interview with JoyNews.

Eugene Arhin, Communication Director at the Jubilee House made this statement in response to Facebook post made by Samuel Okudzeto Ablakwa, Member of Parliament for North Tongu regarding the use of the presidential jet.

He therefore wondered how Mr Ablakwa expects President Akufo-Addo to return to Ghana on Saturday, September 10, from his current trip to the Netherlands and France on board the Presidential Jet, which is undergoing major repair works and is scheduled to return to Ghana in December.

He therefore urged the NDC MP to minimize his penchant for engaging in propaganda regarding the Presidential Jet, to avoid further embarrassments to his person.