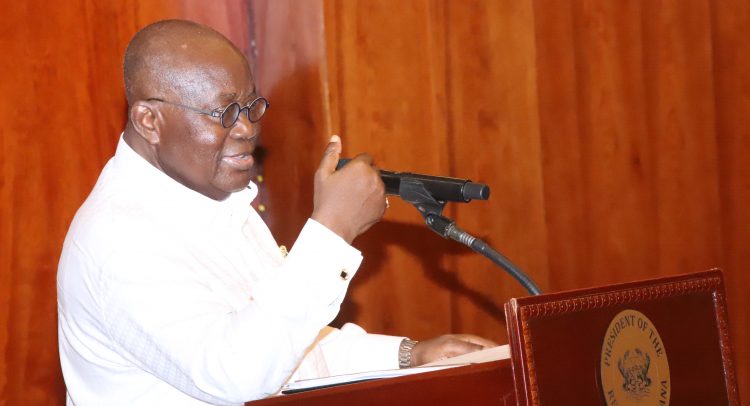 President Akufo-Addo has redeemed the $10,000 promise made to the Black Satellites for winning this year’s Africa U-20 Cup of Nations in Mauritania.

Last March, when the team called on the President at the Jubilee House, a financial reward was made to the team to be split into two.

Five thousand dollars was to be set aside as an investment plan for the players over ten years, while the remainder was to be given to the players and the technical team in cash.

It was the Youth and Sports Minister, Mustapha Yussif, who presented the money in its equivalence in cedis on behalf of the President to the Ghana FA President, Kurt Okraku and Chairman of the U-20 Management Committee, Dr. Randy Abbey on Tuesday.

Head Coach, Abdul Karim Zito was also promised $5,000. The pledges made to the players and the coach have all been honoured.