Prince Philip To Be Buried Today 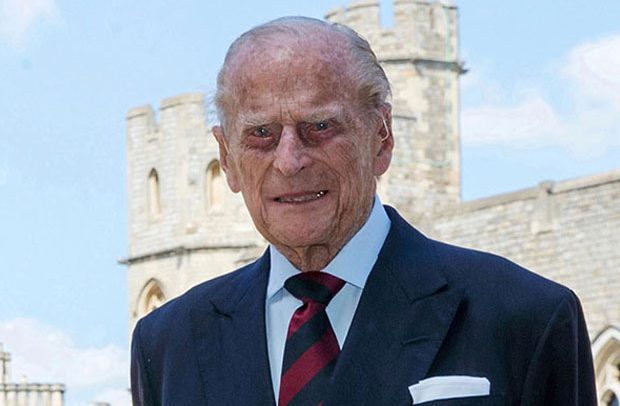 The mortal remains of the late British Royal, Prince Philip, will be laid to rest today, Saturday, April 17, 2021.

DGN Online has gathered that some 700 troops will participate in the burial service.

A post sighted by DGN Online on The Royal Family Twitter handle revealed that “#RoyalNavy sailors and @RoyalMarines have been rehearsing for the funeral of His Royal Highness The Duke of Edinburgh.”

“They were joined by counterparts from the other services as they finalised preparations for this Saturday’s funeral at Windsor Castle” it added.

#RoyalNavy sailors and @RoyalMarines have been rehearsing for the funeral of His Royal Highness The Duke of Edinburgh.

They were joined by counterparts from the other services as they finalised preparations for this Saturday’s funeral at Windsor Castle.https://t.co/iOTcLbi33V pic.twitter.com/Ak8iPfKT2I

The funeral is due to begin at 9:35am Eastern time.

A one minute nationwide silence will take place in honor of Prince Philip, husband of Queen Elizabeth II.

As earlier reported by DGN Online, the burial service will take place at the St. George’s Chapel, Windsor.

A statement issued by the Buckingham Palace said “the funeral of His Royal Highness The Duke of Edinburgh will take place at St. George’s Chapel, Windsor on Saturday, 17th April 2021.”

It said “the service will be preceded by a Ceremonial Procession inside the grounds of Windsor Castle.”

The statement added that “on Saturday 17th April, The Duke of Edinburgh’s coffin will be moved by a Bearer Party found by The Queen’s Company, 1st Battalion Grenadier Guards.”

He was married to Queen Elizabeth II for 73 years.

“The Duke of Edinburgh’s coffin, covered with His Royal Highness’s Personal Standard and dressed with a wreath of flowers, is resting in the private chapel at Windsor Castle, where it will remain until the day of the funeral,” the statement noted.

A magnificent procession is expected to take place and guns will be fired in his honor.

The Duke of Edinburgh's insignia represent HRH’s status in a variety of countries and institutions.

They include his Field Marshal's baton and Royal Air Force Wings, together with decorations from orders of chivalry in the UK, Denmark and Greece. pic.twitter.com/0fDTiNbM3P

The burial service is expected to reflect his life and legacy.

A montage to commemorate the extraordinary life of The Duke of Edinburgh, made unique by its sheer breadth of experience, and the wartime generation he was part of.

With words by the Poet Laureate,
The Patriarchs – An Elegy. pic.twitter.com/rUr1cNi8lS

US Ambassador Calls on Communications Minister