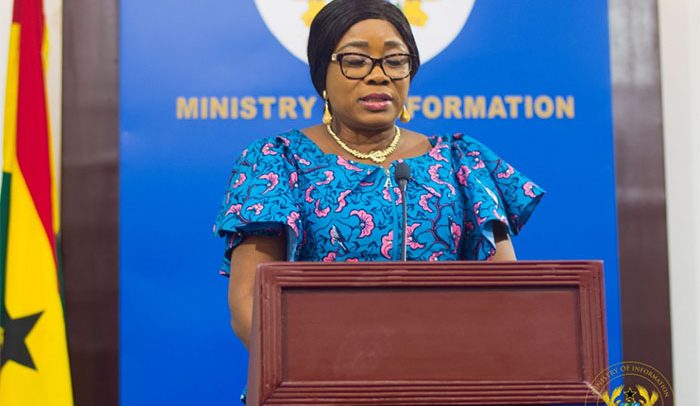 The Minister of Gender, Children and Social Protection, Cynthia Mamle Morrison, has cautioned against sexual harassment of women and girls on grounds that they have dressed provocatively.

She stated that dress codes vary across the world due to cultural differences and thus one cannot use his understanding of decent dressing to sexually harass a girl or woman who dresses contrary to what is deemed decent by such a man.

The Minister made the call during a press conference at the Ministry of Information on Wednesday, September 9, 2019.

The meeting with the media was aimed at giving her the opportunity to highlight the Gender Ministry’s programmes, achievements and challenges from 2018 to date.

According to her, the Ministry has a vision to create a harmonious society in which the survival and development of gender, children, the vulnerable, and persons with disability are guaranteed.

Mrs. Morrison explained that the Ministry continues to build a fair and inclusive society to create equal opportunities for all.

In this regard, she noted, the Ministry’s programmes and interventions have been aligned with the President’s Co-ordinated Programme of Economic and Social Development Policies (2017-2024) and the National Medium-Term Development Policy Framework (NMTDPF) “An Agenda for Jobs: Creating Prosperity and Equal
Opportunity for All” 2018-2021.

“In the year under review, the Ministry made significant gains in the implementation of our programmes, policies and activities planned to promote and integrate, an all-inclusive society,” she noted.

She indicated that the Ministry has made tremendous efforts to promulgate laws and policies to facilitate gender mainstreaming, promotion and protection of vulnerable people in the Ghanaian society.

“Relevant stakeholders engaged on the Bills and currently, working with the Attorney Generals Department for the finalisation and submission to Cabinet for consideration and approval,” according to her.

“Significant progress made to review and finalise the Affirmative Action Bill with inputs received from institutions mentioned in the Bill.”