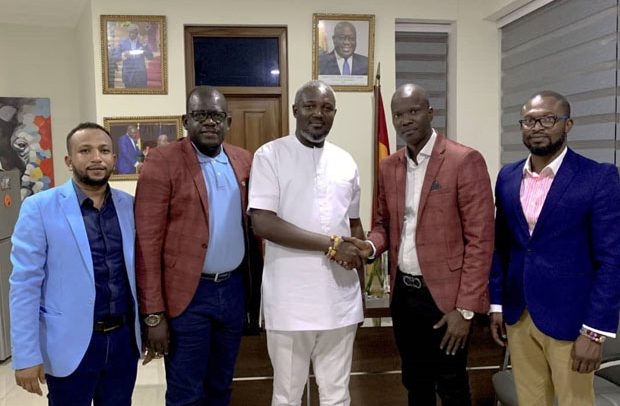 President of the Pan African Youth Union (PYU), Aliou Oumarou, has called on Deputy Youth & Sports Minister Curtis Perry Okudzeto to express their gratitude to government for the enormous support of the union over the years.

The Pan African Youth Union was established in 1962 based on a decision by the heads of states in Africa to unite all youth groups on the continent.

Oumarou seized the opportunity to call for support from the government of Ghana towards their upcoming reform and executive committee meetings, which is scheduled for November 14 to 16, 2019.

He commended the Deputy Secretary General of PYU, Ahmed Bening, a Ghanaian, for his dedication, loyalty and cooperation in the discharge of his duties.

Mr. Okudzeto, on behalf the sector minister, commended the delegation for the strides they have made on the youth front on the continent through various initiatives and programmes.

He stated that the youth population in Africa is very high, thus, the need to pay attention to their needs and fashion out policies towards their empowerment and reiterated government’s support in the development of youth in the country.

Mr. Okudzeto pledged government’s commitment towards the success of the meeting.