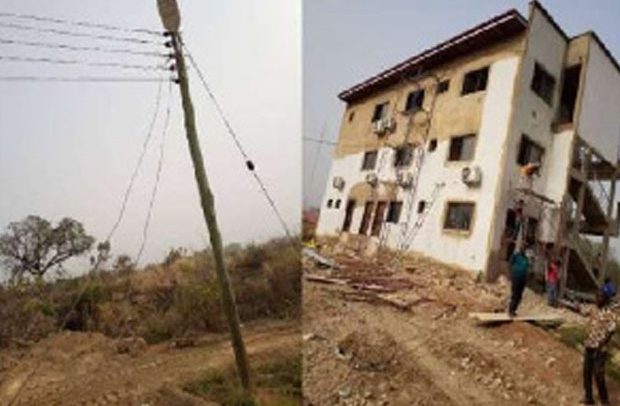 The station, believed to have started some test transmission during the Christmas holidays, was disconnected on Wednesday, after the illegality was discovered.

Sources at the Dambai office of the Electricity Company of Ghana (ECG), which is not far from the radio station, said the illegal connection was detected on the newly constructed two-storey building which housed the radio station.

The owner of the building and radio station are yet to be ascertained but the building is reported to have seven functioning air conditioners, lights and transmitters powered by the stolen power.

The Public Relations Officer (PRO) of the ECG (Volta/Oti), Benjamin Antwi, who confirmed the incident to DAILY GUIDE, said the illegal connection was detected after the Regional Revenue Protection Manager (Volta/Oti), William Addy, dispatched a team from his department to monitor the installation of equipment for customers in Dambai.

In the process of the work, the team discovered a direct power connection from an ECG pole to the building which was close to the Dambai ECG office. A check in the database of ECG indicated that no application had been made for power.

To this end, power supply to the building was truncated and a GH¢38,000.00 fine was slapped on the owner(s) of the building and its occupants.

Some residents who spoke on anonymity wondered why it had to take a regional team to discover the illegality which was happening right in the ambit of the Dambai ECG, which was not far from the building.