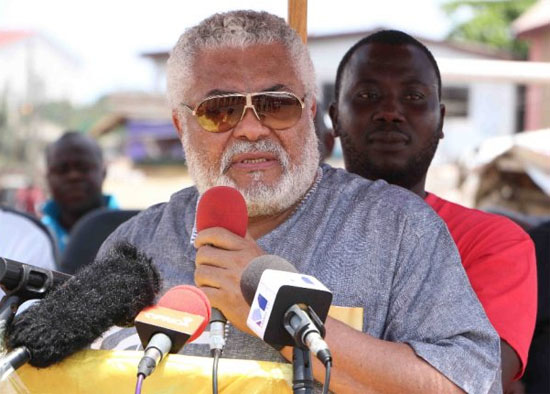 The Covid-19 pandemic has taken the shine off this year’s celebration of June 4 anniversary with the architect of the revolution going virtual.

Former President Jerry John Rawlings according to report will deliver a virtual keynote address to mark the 41st anniversary of the June 4 uprising on Thursday June 4, 2020.

A statement issued by Kobina Andoh Amoakwa of the Communications Directorate of the former President’s office said due to the social distancing protection protocols instituted by government as a result of the Covid-19 pandemic, the anniversary address will be delivered by a live virtual broadcast.

According to the anniversary planning committee, the theme for the celebration, which is inspired by the pandemic and the ideals of the revolution is; ‘Strengthening the Spirit of Patriotism, Resilience and Integrity in Difficult Times.’

Other speakers including; leading members of the National Democratic Congress will speak at the E-durbar.

In compliance with the social distancing protocols, selected members of the media will be invited to cover the E-Durbar.

As part of the celebrations, donations will be made to the Muslim community in commemoration of the Eid ul Fitr and selected medical facilities will receive PPE to support the fight against coronavirus.

On June 4, 1979, members of the military, drawn mostly from the junior ranks overthrow their leaders in one of the bloodiest military putsch killing eight serving and retired generals including three heads of state.