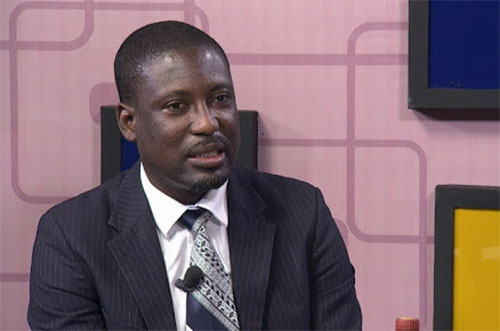 I have read with chagrin, a totally fabricated story with the above title dated Thursday 20th January, 2022 published on Ghanaweb and copied by one knustnews.com word for word. The headline, quotations and the story attributed to me are a total fabrication and a product of your warped imagination and I seek an immediate retraction and apology from Ghanaweb and all your assigns for your attempt to malign me.

The writer of the said story relied on a social media propaganda video made by the opponents of the NPP to give the President, the Roads Minister and my good self a bad name.

For the records, the said social media propaganda video you extracted your story from was in July 2019 on Metro TV. On the said program I intimated that the Economic and Organized Crime Organization (EOCO) had done a forensic audit on the road fund and some 1.2 billion facility contracted by the NDC government had been squandered by the same NDC government without paying the contractors. I was urging the NPP government to go after the said officers under the NDC who contracted and squandered the said loan.

I also indicated that failure by the government to publish the said report indicting NDC officers of sleaze and corruption, was one of the reasons why contractors were demonstrating against the government as they do not know the true picture of the road fund and what has happened.

How does the above accusation of the NDC government metamorphose into my accusing the NPP government of “chop chop”? kindly take me out of your propaganda journalism for I do not want to be used for any agenda setting by your pay masters.

I still stand by my accusation of the former government of squandering the said facility contracted from local banks to pay road contractors and I use this opportunity to appeal to the new EOCO boss to cause the publication of the said forensic report which I know on authority is in their custody.

I pray you to fully publish this rejoinder and give it the same publicity you gave the initial false and malicious story. I reserve the right to take further action if you fail to oblige to my request.