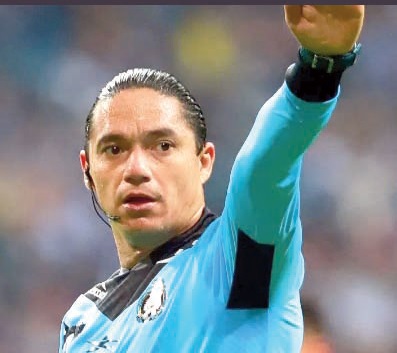 Cruz Azul’s seventh day showdown with Toluca at the Azteca Stadium proved to be more dramatic.

Cruz Azul were deprived of a goal against their rivals yesterday after the referee, Oscar Macias Romo, got in the way of a goal-bound effort.

The hosts did, however, achieve their fifth consecutive victory in the Guard1anes Clausura 2021 after finishing the game 3-2.

The incident took place after Luis Romo hit the post despite beating the goalkeeper, Luis Garcia, and having a clear shot on goal.

As a result, the ball rebounded to Jonathan Rodriguez, who had no goalkeeper and only a defender on the line.

However, referee Romo crossed the penalty box and unintentionally blocked Rodriguez’s shot, sending the ball out of play.

Despite severe criticism, the referee resumed the game with a goal kick to the visitors.

The home side were left furious as the incident saw them deprived of a third goal in the 36th minute of the game.

‘Hearts Will Bounce Back’

New WHO Rep To Ghana Presents Credentials To Ayorkor Botchwey