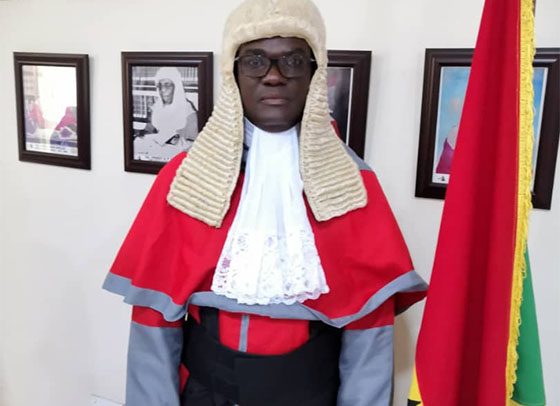 Legal practitioner based in Ho, the Volta Regional Capital, Ernest Yao Gaewu, has been appointed as a High Court Judge.

Lawyer Gaewu, as he is popularly called is among the 16 new Justices who were sworn in by President Akufo-Addo on Wednesday, September 16, at the Jubilee House to join the Bench.

Prior to his appointment, Mr. Gaewu was the Managing partner at Mawulorm Chambers, the prestigious Ho Based Law firm established by Justice Jones Victor Mawulorm Dotse, a Supreme Court Judge, when he was in active legal practice.

The former secretary of the Volta regional branch of the Ghana Bar Association (GBA), began his practice under the tutelage of Justice Dotse in Ho after he was called to the Bar in the year 2000.

He has served on several boards and Committees both regionally and nationally.

His appointment has been greeted with many congratulatory messages from people of all walks of lives including politicians from either side of the divide.

One of his mentees who is now a state attorney, Andrew Adugu in a congratulatory message on facebook said, “Congratulations my former boss and mentor. You trained me for 8 years right from degree level to professional and after law school. I am very happy for you. We know you will excel. My Lord Gaewu, soar high.”

Mr. Gaewu was also a onetime Parliamentary Candidate for the New Patriotic Party (NPP), in both the Ho West and Ho Central Constituencies.