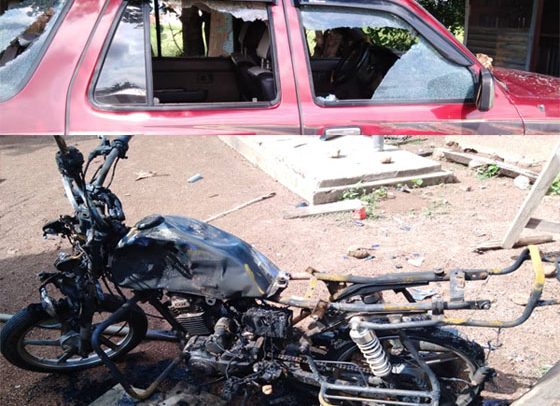 A male student of the Sandema Senior High-Technical School
has reportedly died after a student riot broke out at the school.

Another victim of the riot is believed to be battling for his life at the a clinic in the Builsa North District of the Upper East Region.

The two students are believed to have been hit by flying bullets from the warning shots of personnel from the Ghana Police Service who were assigned to bring the riot under control.

The school has been closed down indefinitely after a meeting between the Regional and District Security Committees and school authority on Wednesday, July 17.

Students have been sent home and would return after deliberations between the school’s authority and Regional and District Security Committees.

At about 9:40pm on Tuesday July 16, some students who were caught loitering around campus by members of the school’s cadet corps were compelled to kneel down as punishment for loitering after “preps” hours.

It has become a tradition in many schools in the region including Sandema Senior High-Technical School, that cadet corps support their school’s security to protect students at night and so on Tuesday night after “preps”, students of Sandema Sec-Tech were all expected to get into their dormitories, unfortunately some students were caught outside, hence the punishment.

Narrating the incident, a DGN Online source said the students went to their individual dormitories after the cadet had released them and informed their colleagues about their ordeal.

This angered the students who ganged up to confront the school’s cadet corps at their duty posts which resulted in a fight.

According to the source, the angry students extended the fight to some teachers claiming that they had empowered the cadet corps to “molest” students on campus and in the process, a motorbike, a car belonging to teachers and louver blades were destroyed by the angry students.

82% Of Gas Stations In C/R Identified As High Risk