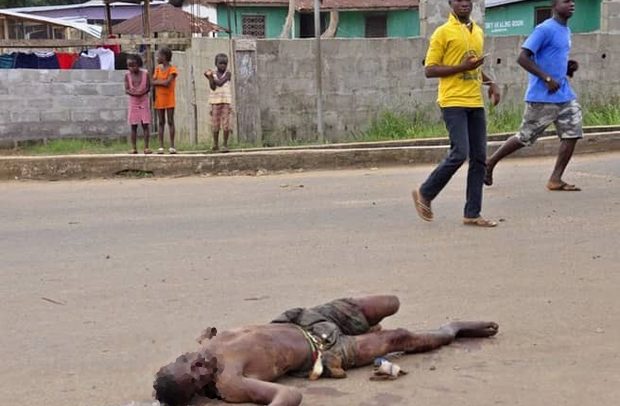 A suspected armed robber identified as Awuni has been lynched by residents of Makro –Kumasi in the Ashanti region for stealing an amount of GHC800.

According to information gathered by DGN Online, the suspect stole the money from one businesswoman called Dorothy and her daughter at knifepoint at the Makro Presbyterian school. 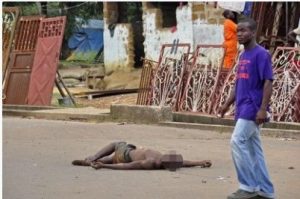 An eyewitness report says the late Awuni threatened to slash the throat of Dorothy’s daughter if she refused to empty her bag.
She emptied her bag and gave the GHC800 to Awuni including her mobile phone.

She narrated that “after Awuni took the money, Dorothy’s daughter started shouting for help. The residents started chasing him and arrested him at the Pipe Junction. They caned him and later lynched him”.

The police are yet to investigate the incident.

Meanwhile, the mortal remains have been preserved at the morgue awaiting autopsy.