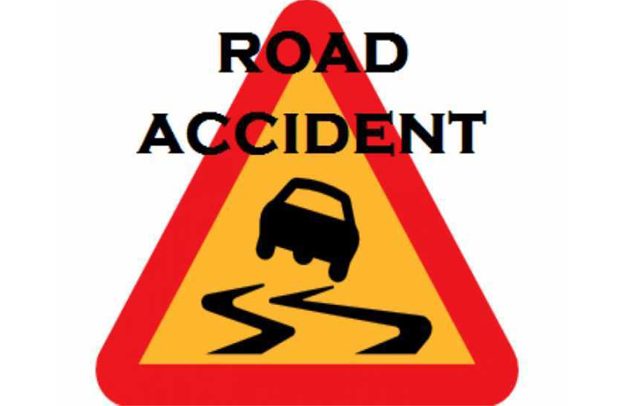 Over thirty players and fans of Royal Jet football club, a second division team at Atieku in the Wassa East District who were traveling in a Sprinter Benz bus with registration number GR 5433-13 have been involved in an accident.

The accident occurred at Kyekyewere in the Prestea Huni-Valley Municipality at about 2240 hours on Thursday August 5, 2021.

The occupants of the vehicle who sustained various degree of injuries were rushed to the Huni-Valley health center and Tarkwa Municipal hospital for treatment.

He said Isaac Sam, the Sprinter Benz driver, transported the team from Atieku to play a football match at Akoon park in the Tarkwa-Nusaem Municipality.

He said while the team was returning to Atieku after the match, a player collapsed in the vehicle, added that, he was handed over to a rickshaw taxi rider to send him to the Huni-Valley health center for treatment.

The station officer said the team later agreed to visit their colleague at the facility before embarking on their journey.

Chief Inspector Takyi said when they left Damang to Huni-Valley, upon reaching Kyekyewere a Kia Rio taxi cab with registration number AW 2018-12 which was coming from the opposite direction cashed into the Sprinter bus, somersaulted and run into a ditch.

He said many of the injured were treated at the Huni-Valley health center while three players and the Sprinter driver were referred to the Tarkwa Municipal hospital for further medical attention.

Chief Inspector Takyi said the police had not seen the driver in-charge of the taxi cab but they have commenced investigations into the incident.

When the GNA proceeded to the Tarkwa Municipal hospital at Bogrekrom to check on those injured, the captain of the team John Issah and his colleagues Barnabas Koffie and Sam who complained of pains in their left shoulder, hand and chest were responding to treatment.
GNA