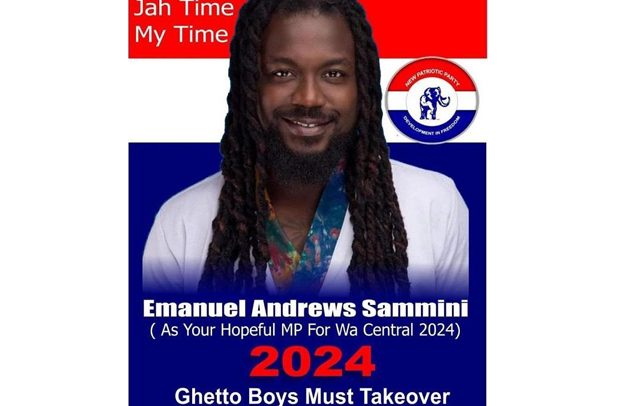 The musician, born Emmanuel Andrew Samini, has been influential in the 2020 general elections.

In the run up to the elections, he composed a song titled ‘Kpoyaka’ to persuade Ghanaians to retain President Nana Addo Dankwa Akufo-Addo and the NPP.

He also joined the campaign trail and was on various NPP platforms to campaign for the party.

He has not officially and publicly spoken about any intentions to run as a Member of Parliament.

However, his poster in circulation has started speculations that he is going to contest in Wa Central Constituency where he comes from.

Should he go ahead to contest, he would be following the likes of Bice Osei Kufuor, popularly known as Obour, John Dumelo, Dzifa Gomashie, and Fritz Baffour, among other entertainers who contested in parliamentary elections.