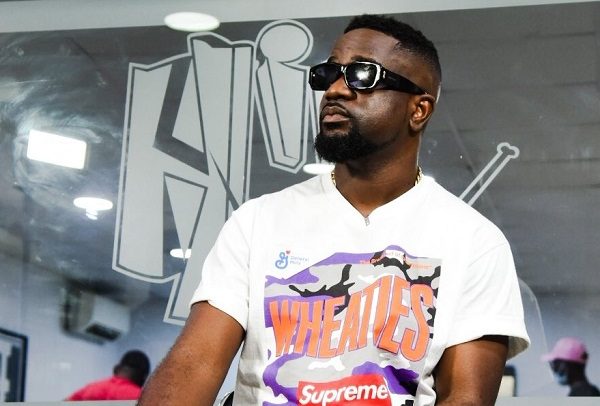 Rapper Sarkodie has apologised to reggae dancehall act Samini for ignoring his messages after he sent him some songs for collaboration.

In a tweet on Monday to respond to a fan who asked when he was going to work with Sarkodie again, Samini indicated he was no longer interested in working with Sarkodie.

This is because Sarkodie refused to respond to his messages after their earlier chats when he sent him the songs. According to Samini, he felt disrespected.

“Not sure I’ll need a verse from sark but if he ever does need one I’m not interested and that’s facts.

He knows this himself… )y3 Alo sometimes and I don’t play that. Yes or no be a problem for am so e go slow you and your project go dull …, he did it to me on burning EP,” he tweeted.

“I got nothing against @sarkodie and he knows it. He also knows that he Dey owe me personal apology for the blue ticks after having me send 3 tracks and he choosing 1. After asking me if it was a single or an album to which I answered it’s an EP. He’s like coo he’s yet to respond,” he added.

After his first tweets, a lot of Sarkodie fans launched an attack on Samini for speaking the truth.

However, he didn’t back down on fighting back on Twitter.

Sarkodie in a response on Hitz FM on Tuesday said Samini’s utterances must have come from a “certain place” for which he would need more details.

“Him feeling like that, I don’t have any control over that. I can only say sorry about how he feels, not necessarily because I agree with everything he is saying, but because that’s how he feels.

“My mind hasn’t been on the things that he is talking about, and to make things clear, I treat things differently from how others treat it,” he indicated.

Sarkodie also acknowledged that he occasionally hesitates to jump on a song with some artistes not because they don’t have good vocals.

“Not because the music is not good”, but “you can hear a song that is so good, but maybe you don’t hear yourself, and then you’re trying to find a pocket in the song, and then one day you do it.

“There are some songs when they sent it to you, it’s like two seconds. Maybe probably, if I send you a song and you loved it at the moment, you did it. I didn’t figure it out, and I’m not talking about him, it could happen,” he added.