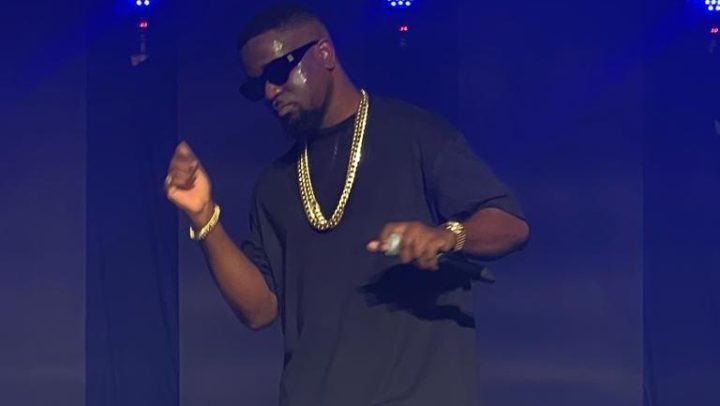 The event attracted thousands of music fans as well as people from all walks of life, the show kicked off on a promising note, and all the artists performed their hearts out to the expectant crowd.

It witnessed performances from acts such as Tulenkey, Fameye, Flowking Stone, Quamina M P, Adina Mr. Drew, Kofi Jamar among others who mounted the stage one after the other to thrill music fans at the event.

Their performances kept fans on their feet, screaming at the top of their voices, singing and dancing along.

Sarkodie, the headline act dazzled the crowd with his vocal ability, stagecraft and the two hours of his electrifying performance kept fans dancing.

Gifted and talented Sarkodie perfectly exhibited his creative skills when he mounted to the stage to perform.

He did not fail the fans as he dropped hit song after hit song. He exhibited great showmanship as he engaged fans to sing along with him throughout his performance.

It was a gigantic party and music fans boogied the night away amid loud cheers and applause. At a point, the venue was transformed into a nightclub with everyone dancing and singing.

Knowing what his fans want Sarkodie wasted no time in performing his No Pressure song as an intro before performing songs like Original, Return of The Spartan, Dangerous, Baby among others.

It was a delight to watch the likes of KiDi, Sefa, Sista Afia, Akwaboah, Efya, Prince Bright, King Promise, and Vic Mensa join Sarkodie on stage to entertain the fans.

Their performance on stage attracted the attention of all the music fans present, especially the ladies, who remained on their feet dancing.