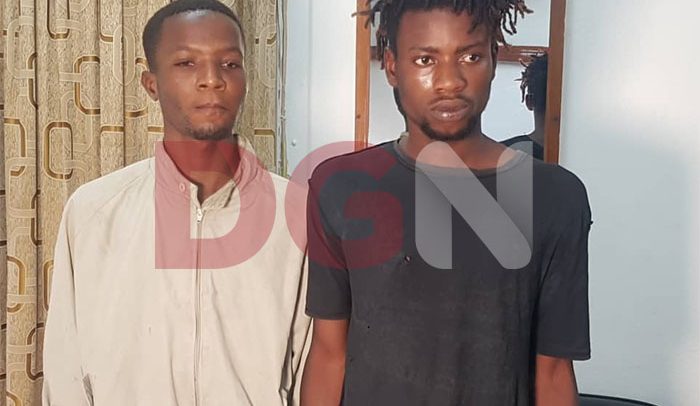 Two suspects are languishing in police cells at Ada in the Greater Accra Region for allegedly raping several women after robbing them in the process.

They are Dakeh Winfred Mohammed, a 24-year-old unemployed, and Petiafor Abraham, 19, an apprentice.

According to the police, the two have been taking advantage of an internet dating site to lure the victims and when they arrive, the suspects would then rape them in an abandoned colonial prison in the area, after which they rob them.

According to the police officer, Mohammed, together with Abraham, came to pick the lady from the station but on reaching a section of the road, she was robbed of her belonging, including a mobile phone, purse containing an amount of GH¢100 and a travelling bag containing her personal belongings before they took turns to rape her.

The victim quickly rushed to the police station half-naked and lodged complaint.

On August 30, the police commander said Mohammed had a chat with the 26-year-old Nigerian through a dating platform called ‘Inmessage’ and invited her to come over.

Later in the night at about 9:00pm, the victim arrived at Ada Foah and met Mohammed in the company of Abraham. The suspects lured the victim to a nearby bush under the pretext of taking her home.

On the way, the suspects pulled out a knife and a pair of scissors and ordered the lady to lie on a coconut tree branch on the ground and shredded her cloths and forcibly had sexual intercourse with her in turns.

A good Samaritan approached the lady and her gave her an attire to wear before she managed to lodge complaint at the police station.

Six days later, the police commander said that a 25-year-old Nigerian also went to the police station with a complaint that she was invited by Mohammed from Ashaiman to Ada.

Mohammed, together with two other young men, came to pick her up and on their way they pulled a knife and a pairs of scissors, collected her mobile phone, cloths and an amount of GH¢3 and subsequently raped and abandoned her.

On the same day, DCOP Akrofi-Oyirifi said the police picked intelligence that the suspects had invited another lady from Ashaiman, so they sent officers to the area and arrested Mohammed after a hot chase.

He said the police searched Mohammed’s house and retrieved a pair of scissors and two mobile phones.

Mohammed then mentioned Abraham as his accomplice, and later sent the police to Kajanya, a suburb of Ada-Foah, where Abraham who is training to become an undertaker was arrested at a funeral.

The police commander said the suspects robbed and raped the victims and mentioned another accomplice whose name was only given as Shibi, but failed to lead police to the whereabouts of Shibi.