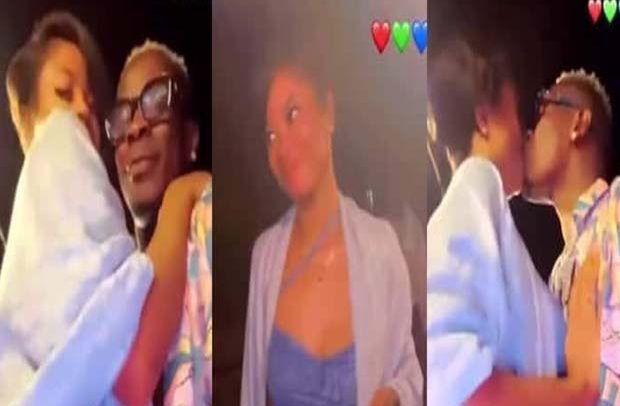 Shatta Wale and his new love

Rumours making the rounds say that Shatta Wale’s new girlfriend was once a known friend to the dancehall act’s ex-lover and baby mama Michelle Diamond who is popularly known as Michy.
The Melissa crooner on Saturday flaunted his newfound girlfriend on social media while he was on vacation with rapper Medikal and his wife Fella Makafui.
In a video that has since gone viral on Instagram, he was seen showing off the fair lady who he openly kissed while they were hugging each other. Subsequent videos also captured all wrapped in love.
The videos have since attracted a lot of attention on social media with many asking who the lady is. Others also believe, they were just putting up an appearance.
Those who believed they were in love argued that the relationship will end in tears.
GHPage blog has alleged that a source of Instagram blog Aba_thegreat identified the new lady in Shatta’s life as Elfreda and she was a friend to Michy. She also used to called Michy, ‘Mummy’.
The lady is Shatta’s lover he is flaunting to the world as the love of his life after parting ways with his one-time bestie, Michy, to who he almost married.
Michy is reportedly at her best place in life now as she is busy promoting her upcoming latest movie, The Men We Love by YN production.
She recently said on Pluzz FM that she was open for more production and thus producers should look her way. 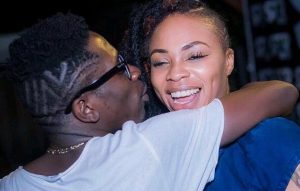