Shedding Crocodile Tears On The Tomb Of A ‘Murdered’ President 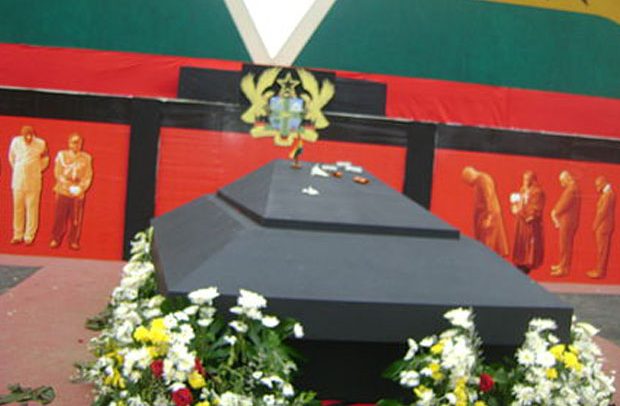 You may remember where you were when news started going around that our affable and gentle former head of state, Prof. John Evans Atta Mills, had gone to the world beyond. I can imagine how you shouted when the news came knocking on your ears. I remember crossing a busy road to purchase a few items from a supermarket. I had a telephone call but deliberately refused to pick it because I did not want to risk my life listening to a call while crossing a busy road.

After crossing the road, I listened to the call and it was the voice of one of my best friends, Major (rtd) Derrick Oduro, a Deputy Minister of Defence. He sorrowfully announced to me that President Mills had passed on. My heart leapt and I started feeling an unusual heart beat; a symptom of the high blood pressure that I have been battling. Following the advice of my personal doctor who has been treating me, I sat down on a bench nearby in order not to be struck by stroke. When the pressure went down, I abandoned the supermarket issue and rushed home to break the bad news to my wife. That was how the sudden death of Prof. Mills nearly sent me to meet my late octogenarian father.

As the causes of the death of the fine gentleman unfolded, the conspiracy theories and suspicion increased day after day. We were made to understand that the sister of the late Mills had paid him a visit that fateful morning and had taken breakfast together. You know the Fantes and their morning tea! After the breakfast, the sister and a few persons who accompanied her decided to say goodbye. Together, they prayed and left the man— strong, hail and happy. The story went on to say that before the sister reached Kasoa, she had a call that her brother had DIED!

Another story said that the good old Prof. Mills had ‘a heavy stroke’ and was rushed to the 37 Military Hospital in a car.  Instead of carrying the man to the emergency ward, the story said he was taken to the female maternity ward and when the nurses rushed to pick up the ‘pregnant’ woman, they realised that after all, ‘she’ was a man and so they referred the driver to the male ward. There too when the nurses rushed to carry the sick man, they realised that the man was dead. These stories did not convince Ghanaians because we knew at the Castle which was the seat of government, we had many ambulances, drivers, medical doctors and dispatch riders. The multimillion dollar question on the minds of Ghanaians then was: how come a whole executive president of the sovereign state of Ghana could not be taken to hospital in an ambulance, nor to talk of a motorcade considering the traffic jam that we normally experience in Accra.  There were more questions than answers, but as usual and as former President John Mahama referred to us—we are forgetful and shortsighted.

As the years rolled by, many well-meaning Ghanaians called for the autopsy report of the untimely death of Prof. Mills, but all their calls fell on deaf ears. Mr. Mahama who was the vice-president when his boss died did not buy the idea of an autopsy report—and swept everything under the carpet.  He went on to win a controversial presidential election.  In fact, for the first time in the political history of Ghana, Mr. Mahama was the only one to win a presidential election through a split decision by the Supreme Court of Ghana.  He also went down in history to be the only vice-president who buried the sitting president and thereafter became the president of Ghana.

Throughout these years following the death of Prof. Mills, it was Koku Anyidoho who used to be at the forefront of the annual commemoration of the death of the good old man. When Mills died, the founder of the NDC, Mr. Rawlings, was in faraway Congo Brazzaville.  When he granted an interview with a journalist, he said if Mills had been extra careful, he would have lived longer. That statement spoke a lot, but those who had something to gain from the death of the man took Rawlings to the cleaners. The sad aspect of the way Mr. Mahama treated the body of Mr. Mills is that his grave was left at the mercy of grazing cattle and people threw refuse at the place.  The Asomdwee Park became a ‘bola’ park.

President Akufo-Addo promised to build a befitting mausoleum for the late president, and true to that immediately after the commemoration of the anniversary of the death of Mills last week, a sod was cut for the beginning of the construction of the mausoleum. Last week when I watched Mr. Mahama delivering a speech at the commemoration of the anniversary of the late Mills, I laughed. The man is a joker and he thinks he can take Ghanaians for granted. With just five months to the general elections, the man thinks he can use the anniversary of Mills to his advantage. We are not deceived by his presence of sorrow because over the years he showed apathy towards the memory of Mills.  We have seen his kind before. He is the heir of all those who shed crocodile tears at the funerals of those they played one role or the other towards their untimely death.

By abandoning every value except the political power they seek, they follow this path all the way to where it ends in history’s unmarked grave of discarded treachery and lies.  As for Mills, he has said goodbye to us, but I pity those who will forever live with disturbed conscience. For now, they can cover their tracks but history and time will tell.

In The Eye Of A Bad Story