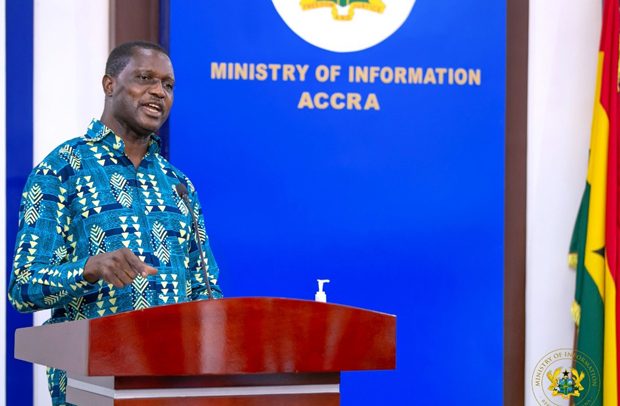 Enrolment in public Senior High Schools in the country has increased from 800,000 to 1,250,000, Education Minister, Dr. Yaw Osei Adutwum, has announced.

At a media briefing in Accra yesterday, the minister said that the Free SHS policy contributed immensely to rise in the enrolment, and also reiterated that there was improvement in WASSCE performance of students in 2020 as 411 students from Ghana out of 485 students in West Africa, scored eight A1.

He revealed that there has been immense infrastructure expansion at all levels of education in the country, adding that that the government through the Education Ministry procured and distributed 1,190 vehicles (pick ups and buses) to SHSs, as well as district and regional education directorates.

He added that research allowance for lecturers has been increased by 200%.

He said the government was on track to end the double track system in Senior High Schools nationwide within two to three years because of the ongoing massive expansion of infrastructure in the schools as well as at other levels of education.

“The government is repositioning the entire education system to produce a critical mass of assertive and empowered Ghanaian population with relevant skills for socioeconomic transformation.

“Our plan for the next four years is to CONSOLIDATE the progress whilst investing in building human capital with special focus on STEM Education, National Standardised Test, Learning Grant, JHS Transformation, Inclusive Education – GATE, TVET Transformation, Teachers/Administrators Training, and Increased Enrollment at the Tertiary Level,” he stated.

According to him, the education authorities are introducing a system where Grade Four students will write the national standardised test as has been done in Singapore and other countries.

He said the students will write tests in Mathematics, English, and Science, and will be tested again in Grades Five and Six to prepare them well for JHS.

Dr. Adutuwum said that “Things are going to change in the educational system. There will be a national ranking of schools in Ghana.”

Speaking on the challenges inherited by the NPP government in the education sector in 2017, he said it was like “things fall apart” as far as the mess created by the then Education Minister and now running mate to former President John Mahama, Jane Naana Opoku Agyemang.

The minister also responded to claims that he has enrolled his son in a private senior high school instead of a public school, saying the accusation “is a political low.”

He said, “My son is not old enough to be in a senior high school.”