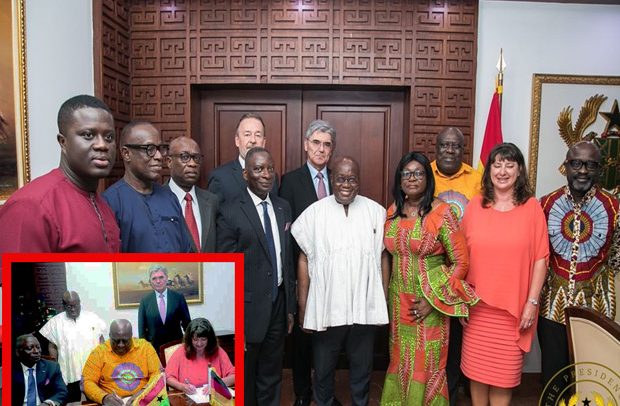 SIEMENS ENERGY has signed a memorandum of understanding (MoU) with the government of Ghana through the Ghana Grid Company Limited (GRIDCo).

When finally agreed, the deal, which is under the G20 Compact with Africa (CwA) initiative and estimated to cost $250 million, would see Siemens working collaboratively with GRIDCo to upgrade and extend Ghana’s power transmission infrastructure.

Besides, the deal would help to improve the country’s grid capacity and stability, and expand a stable power export to neighbouring countries in the West African Power Pool.

The President and Chief Executive Officer (CEO) of Siemens, Joe Kaeser, made this known when he called on President  Akufo-Addo at the Jubilee House on Tuesday as part of efforts to get the deal underway.

The CEO of GRIDCo, Jonathan Amoako-Baah, signed on behalf of the government and people of Ghana.

Mr. Kaeser was excited about the fact that the deal had almost been completed with the signing of the MoU, saying “the MoU we have signed together with our partners, GRIDCO, is aimed at modernizing the whole grid of Ghana to bring power to the people in a more efficient way.”

President Akufo-Addo later said it was an important development in the history of the country.

“This is a very welcome development for us and the idea that Ghana is the first country on the continent to be getting a very significant transaction out of the Compact (G20 Compact with Africa, CwA) is in itself a big vote of confidence by the German leadership,” he noted.

He welcomed that expression of confidence reposed in him by the Siemens Group and also the government and people of Germany from where the Siemens brand hails, saying “we want to assure you that the monies will be put to good use.”

Present at the ceremony was Ghana’s Ambassador to Germany, Gina Ama Blay; her counterpart to Ghana, Christoph Retzlaff; Board Chairman of GRIDCo, Kabral Blay Amihere, and Dr. Tony Oteng Gyasi of Tropical Cables and Conductors Limited, who is a former President of the Association of Ghana Industries (AGI).

The G20 Compact with Africa (CwA) was initiated under the German G20 Presidency to promote private investment in Africa, including infrastructure.

Siemens has become one of the world’s largest producers of energy – efficient, resource-saving technologies and also prides itself as a leading supplier of systems for power generation and transmission, as well as medical diagnosis.

Otabil For Spiritual Programme In Kumasi