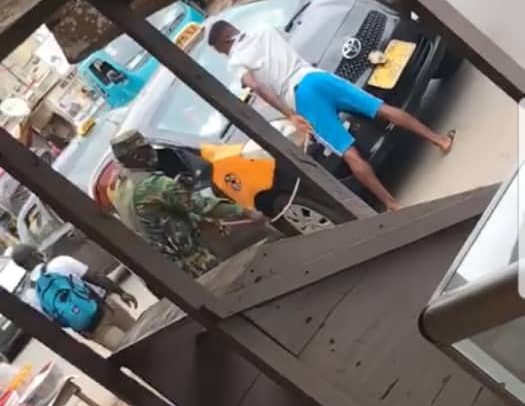 A taxi driver has been lashed by a soldier after he was caught driving in town without wearing face mask.

The soldier instead of arresting the driver decided to lash him on his buttocks as a form of punishment to serve as a deterrent to others in town.

In a video circulating on social media, the soldier was also seen ensuring that other drivers and pedestrians on the roads wear face mask.

The police service has been arresting some persons who flout the orders of the president with regards to compulsory wearing of mask.

President Akufo-Addo in his recent address to the nation called on the security agencies to use rigorous means if possible to ensure that citizens adhere to the Covid-19 Protocols.