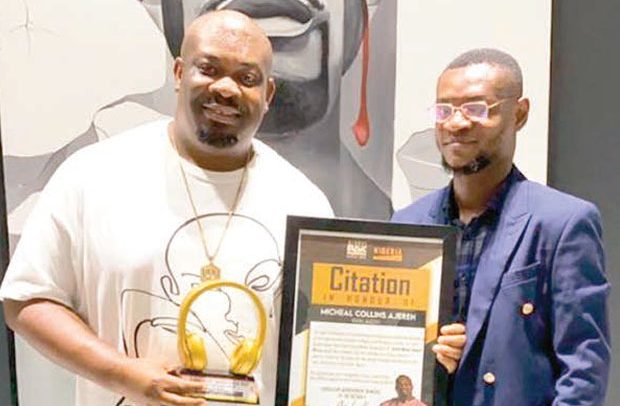 Don Jazzy (left) in a pose with the CEO of Smart Focus Media,
Daniel Adofo after receiving his citation

Organised by Smart Focus Media, the awards ceremony, which was on the theme, “Be Positive with Music,” was to honour performing African artistes for their hard work, and promoting Africa through music.

It was attended by a number of music personalities from across Africa, including Ghana, Nigeria, Togo, the Gambia, and South Africa, among others.

The ceremony witnessed live musical performances from artistes such as Tsusie from South Africa, Mos B from Sierra Leone, Majoos from DR Congo, Kojo Luda from Ghana, Tycoon from the Gambia, and Kingral from Nigeria.