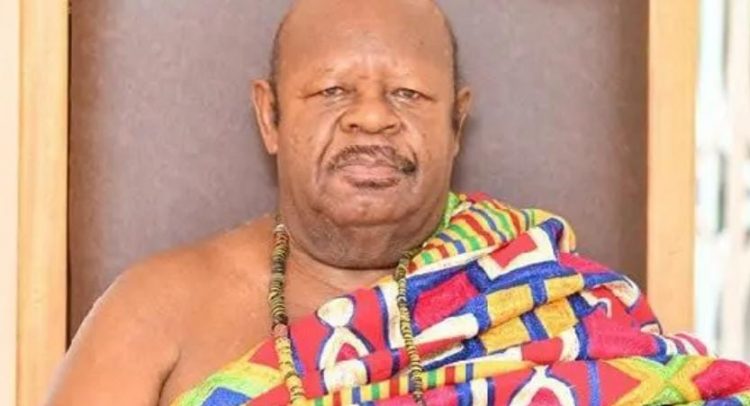 The Paramount Chief of Manya Krobo Traditional Area, in the Eastern Region, Nene Sakite, has warned residents to stop attacking officials of the Electricity Company of Ghana (ECG) from working in the area.

According to the President of the Eastern Regional House of Chiefs, “One of the reasons why we are in darkness is that even if ECG makes up their mind to give us light and they go round to test the transformers, some people at Manya Kpongunor threatened them with stones and verbal threats. We can’t be doing so as a people. If you do that to them, what do you expect from them?

Nene Sakite reaction follows the darkness residents are experiencing for the past 13 days warning them to stop intimidating the ECG Staff when he addressed a presser at his palace.

“We should try not to be intimidating people who come to fix the light for us. I don’t want to hear people inciting people. That’s a threat to our democracy and it has to stop.”

He expressed worry that the livelihoods are being lost while essential service providers struggle to store drugs and vaccines.

Nene Sakite said: “For the past couple of weeks, we have been in the dark. It had been bothering me. My children are losing their livelihoods. Artisans, cold store operators, tailors and even our hospitals. Although we are all feeling the pain, this is their livelihoods. The hospital drugs are being messed up, it’s a big problem.”

Nene Sakite cautioned residents to desist from threatening staff of the ECG and pelting stones at them, adding that the recent cutting of a power pole was unacceptable.

The Paramount Chief assured that talks were ongoing to get the light back and called for calm heads.

“We have been over-billed. We talked to them about it. They went back and tell us that there has been a faulty software giving us the over-billing, they are fixing it. They said anyone with a questionable statement should come to them. That issue is being solved, we would get to the bottom of it.”

He added: “What I want to tell my people is that ECG says they have prepaid. They won’t come to houses to read metres anymore. So that just like phones, you buy credit and use. And I think that’s much better and we have to embrace that.”

The ECG staff have cut electricity to the area to demand safety for their workers.

Several road map decisions for an amicable end to the impasse hang as both the ECG and residents take entrenched positions.

The ECG in a press statement asked residents to pay old bills from 2018 in a space of five years whiles ringfencing bills from 2014.

The installation of prepaid meters has been successful in the Yilo Krobo Municipality, but some residents in the Lower Manya Krobo Municipality are resisting the exercise for fear of being deducted old bills they are still contesting.