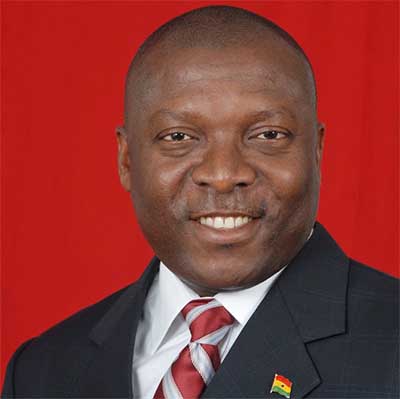 Frederick Opare-Ansah, Member of Parliament (MP) for Suhum Constituency in the Eastern Region, who is Chairman of the Communications Committee in Parliament, has explained the reasons why Ghanaians should pay the amended Communication Tax which was recently passed by the House.

According to him, the sum of the Communication Tax would be used to strengthen cyber security in the country since most of the transactions are being done via electronic means.

Mr. Opare-Ansah explained further that the upsurge in electronic transactions in relation to cybercrime had played a role in the need for the Communication Service Tax (CST).

“The issue was given thought following the huge taxes on mobile phones and other imported devices which was making it difficult for importers to clear their goods, thereby leading to smuggling of such goods into the country,” he said.

He added that there was the need for the tax to ensure that security protocols are put in place regarding electronic transactions, protect individuals from cybercrime and to arrest perpetrators who are into cybercrime.

The MP emphasized that all taxes paid have particular programmes which they are used to finance and the CST stands as no exception.

“The government has already initiated cyber-security protocols and presented a bill on it to Parliament; it has, therefore, reached the time to identify clearly a source to finance the project. This is why there is the need for the CST,” he stressed.

He said the benefit of the 3% increment far outweighs the burden it imposes on individual finances, and the increment would further mitigate the risk of transacting business electronically.