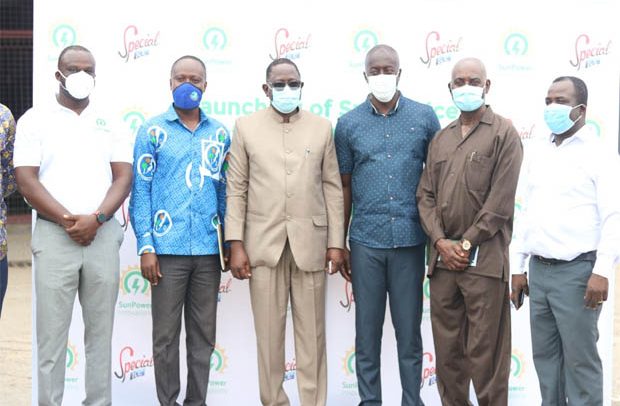 SunPower Innovations, an indigenous firm, has indicated it is ready to partner government to produce and deliver solar energy to businesses and communities in Ghana.

Since its inception, SunPower Innovations has installed more than seven megawatts of solar PV capacity and have undertaken major installations at shop centres, banks and financial institutions, educational institutions and dozens of commercial projects in Ghana, Nigeria and Sierra Leone.

According to the founder and the Chief Executive Officer, Ernest Amissah, it is time for government and other development funding institutions to partner indigenous companies like SunPower Innovations to expand their operations, a situation that will lead to enormous job creation.

“You want to integrate bauxite, where are you going to get that energy from. So, I think we have to shy away from saying we have expensive PPAs, negotiate the expensive PPAs, but at the same time open the market for renewable to come in and take over the energy generation for the up and coming industries. And I think it will be a bigger change in the economy of Ghana.”

Director of Renewable and Nuclear Energy at the Energy Ministry, Wisdom Ahiataku-Togobo, said the construction of the first phase of a 50 megawatts solar PV plant to be hybridized with the 400 megawatts Bui Power Authority has commenced. The first 10 megawatts is expected to be connected to the national grid by the end of September, while the remaining 40 megawatts will be completed in December this year.

According to him, the move will not only boost the energy capacity of the nation, but also diversify the sources of power.