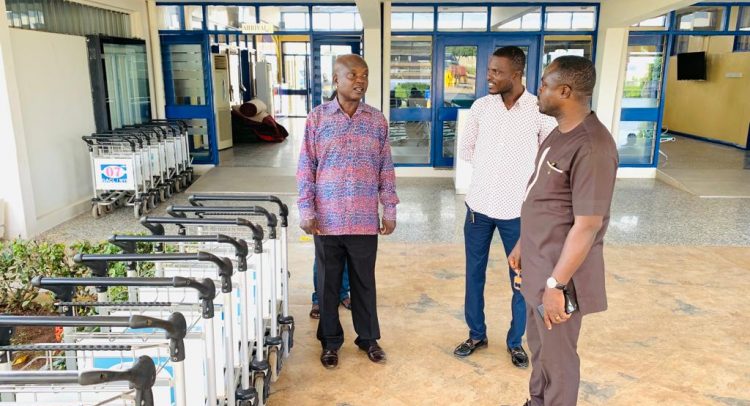 The Municipal Chief Executive for Sunyani in the Bono Region, Ansu Kumi on Tuesday, stormed the Sunyani Airport to ascertain firsthand information on the arrangements for the commissioning of the much anticipated refurbished Airport, which was shut down in 2015 by the erstwhile Mahama Administration.

He was accompanied by his colleague who is the Municipal Chief Executive for the Sunyani West Municipality, Evans Kusi Boadum who toured the facility to observe the progress of activities,
and were satisfied with the arrangements so far, ahead of hosting President Nana Addo Dankwa Akufo-Addo for the commissioning.

President Akufo-Addo will today commission the first phase of the airport rehabilitation works.

He will also cut sod for the commencement of the second phase which would include mini airport city facilities and a new modern terminal among many other infrastructural facilities.

Registrar Of Companies Gets Tough On ‘Goro Boys’