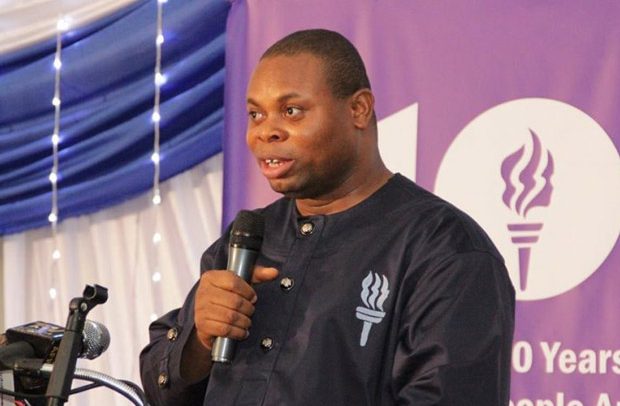 They had sought leave of the court to file ‘briefs’ they claimed would aid the court in its decision in the multiple suits against the decision of the Electoral Commission (EC) bid to compile a new voters’ register ahead of the 2020 general election.

IMANI Centre for Policy Advocacy, Conservative Policy Research Centre, Alliance for Social Equity and Public Accountability and Institute for Liberty and Policy Innovation had filed an application, praying the court for permission to file brief as friends of the court (Amicus Curiae) to assist it in its decision, but the court rejected the move saying IMANI and its gang had already taken sides in the matter and cannot be seen to be considered as neutral.

The court then set today to deliver its judgement on the voters’ registration matter.

Appearing before the court yesterday, Joe Debrah, counsel for the IMANI gang, told the court that their brief was in respect of the case filed by a private citizen, Mark Takyi-Banson ,and not the one filed by the NDC, although both cases had been consolidated.

A panel member, Justice Nene Amegatcher, then drew the attention of the lawyer to the fact that the first case was filed as far back as March this year and asked why it took the applicants so long to file for the leave they were now seeking.

Another judge, Justice Paul Baffoe-Bonnie, also drew the attention of the lawyer to the fact that the relief being sought in both cases was essentially the same and wondered why the applicant would be interested in filing briefs in respect of one and not both.

But the lawyer said he did not read the writs of the cases but instead he only read the supporting affidavits.

The Chief Justice (CJ), Justice Anin-Yeboah, then drew his attention that an affidavit was not the same as the writ, as the affidavit does not disclose the reliefs sought in a case.

Justice Baffoe-Bonnie then concluded that the reliefs IMANI and the others were intending to offer the court were essentially in support of one of the parties in the case, adding that if the lawyer had read the reliefs, he would have just approached that party and offered them whatever support his clients needed to push.

He added that the applicants could not say they were coming as a friend of the court because they had shown that they were friends of a particular party in the matter.

The court then dismissed the application as not supported by law.

Following the dismissal, the Supreme Court fixed today to decide on whether the EC can compile a new register of voters for the 2020 presidential and parliamentary elections after hearing arguments from all the parties, including Deputy AG, Godfred Yeboah Dame, as well as the EC’s legal team.

The court is expected to, as part of its judgement, make a pronouncement on whether the EC can exclude the current voters’ ID cards, which the commission claims is a product of a ‘poisonous’ voters’ register, as a basis for identification.

Another thing the court will be considering is whether the EC should include birth certificates as basis for identification in the exercise slated to commence next Tuesday, June 30.

The court is set to rule on multiple suits challenging the decision of the EC to compile a new register for the elections and the mechanisms the commission intends to use for the exercise scheduled for June 30.

The NDC, in late March this year, sued the AG and attached the EC over the commission’s decision to compile a new voters’ register for the 2020 presidential and parliamentary elections.

The party wants the Supreme Court to declare that the EC, per the 1992 Constitution, can only compile a voters’ register once and subsequently review it over time and not compile a new one instead.

The NDC is contending that the EC “can only revise the existing register of voters, and lacks the power to prepare a fresh register of voters for the conduct of the December 2020 presidential and parliamentary elections.”

Among the declaration being sought by the NDC is that the decision by the EC to amend the regulations that guide the registration of voters “to exclude existing voter identification cards as proof of identification to enable a person apply for registration as a voter is unconstitutional, null and void and of no effect.”

The party later abandoned its claim that the EC was enjoined to compile the register of voters only once at the inception of the constitution, and not on multiple occasions.

The party is now pushing for the inclusion of the existing voters’ ID cards as one of the primary documents for proof of citizenship for the upcoming voters’ registration.

The writ was opposed to by the AG through Mr. Dame, which described the NDC’s claims that the EC was enjoined to compile the register of voters only once at the inception of the constitution and not on multiple occasions, as “patently absurd, far-fetched, outrageous and grossly erroneous.”

The EC through its lawyer, Justin A. Amenuvor, also countered the NDC’s claims, describing the position as an interpretation by the party to serve its ‘parochial interest’ and not a proper appreciation of the 1992 Constitution as a whole.

He said the understanding of the NDC and interpretation of Article 45(a) was absurd, strained and far-fetched.

The parties in the case were each given the opportunity to orally argue their cases before the panel and the court set June 23, 2020, to give its judgement in the matter.

Just as the court was to take its decision, Mark Takyi-Banson filed a fresh suit against the EC, claiming that the commission was mandated by the 1992 Constitution to compile a register of voters only once and thereafter revise it periodically, a move similar to the request of the NDC, which it had since abandoned.

He is also seeking the Supreme Court to order the EC to include the old voters’ ID cards as well as birth certificates as basis for identification.

The court later merged both cases after Deputy AG, Godfred Yeboah Dame, filed an application pointing out that both cases were essentially seeking the same reliefs.

The parties were subsequently ordered to file their respective statements of case, which they did and the court gave them the opportunity to orally argue out their cases.

Cosmas Apengnuo, counsel for Mark Takyi-Banson, urged the court to order the EC to make the birth certificate one of the primary documents for identification.

He said although the EC had the power to compile a new register, that mandate had been exhausted and the only thing they could do now was to correct the ‘errors’ in the register if any.

He added that the compilation of the new voters’ register amounts to setting aside the current register, which he said the EC does not have the power to do.

Godwin Tamakloe, counsel for the NDC, challenged the EC’s claim that over 12 million out of the over 15 million names on the register were registered without any form of verification.

He said that claim by the EC was grossly misleading as it was not backed by any evidence.

Godfred Yeboah Dame then argued that the sole issue for determination was whether the right to vote would be undermined by the exclusion of the old voters’ ID cards.

He said that could not be the case as the National Identification Authority (NIA) had indicated that 10.5 million Ghanaians – aged 18 and above – had registered for the Ghana Card.

“The final analysis we make of Exhibit AG2 is that the court will note that the current projected population of Ghanaians (18+) as at June, 2020 is 16,650,476. Quite surprisingly, the plaintiff in the First Suit, the NDC, claimed at paragraph 64 of its Statement of Case that “in terms of the number of persons on the voters’ register and with issued voters’ cards, they are over 18,000,000.” We urge the court to totally disregard this wild and unfounded allegation by the NDC that about 18 million people are supposed to be on the register of voters,” the Deputy AG said.

He said “in all of the analyses we have made, we need to point out that it is definitely not all Ghanaians aged 18 and above who turn out to register to vote. In all democracies around the world, about 20% to 255% of those qualified to vote may not register to vote. So, in terms of those actually expected to be on the register of voters, we can safely conclude that for Ghana’s “registerable population” of 16,650,476, about 13,320,381 may be expected to be on the register of voters, a far cry from the outrageous unfounded figure of 18,000,000 stated at paragraph 64 of the Statement of Case of the First Plaintiff, the NDC.”

Justin Amenuvor, counsel for the EC, told the court he wished to rely on his submission contained in the documents filed before the court.

There He Goes Again