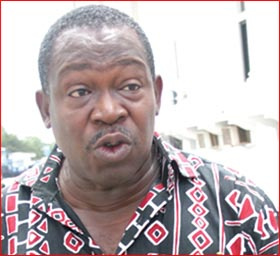 The trimming of the witness statement was a result of objections raised by lawyers for the second respondent, President Akufo-Addo, who argued that the aspects of the statement did not conform to laid down rules and procedures.

The lawyers, led by Akoto Ampaw, argued that the paragraphs of the witness statements which they objected to did not form part of the pleadings of the main petition, and said those were material facts that ought to have been pleaded.

The court, after listening to hours of argument from lawyers of both the petitioner and respondents, struck out five out of the 32 paragraphs of the witness statement as having no foundations in the pleadings of the petition.

The former President is before the Supreme Court challenging the outcome of the 2020 Presidential Election, claiming among other things that none of the 12 candidates who participated in the election got more than 50 per cent of the valid votes to be declared winner.

He had already called two witnesses, Johnson Asiedu Nketia and Dr. Michael Kpessa-Whyte, who have testified and were cross-examined by defence lawyers.

The Chairperson of the Electoral Commission (EC), Mrs. Jean Adukwei Mensa, was set to testify after the two witnesses of Mr. Mahama had concluded their cross-examination when Tsatsu Tsikata, lead counsel for the petitioner, on Wednesday told the court the petitioner intended to bring in another witness.

Mr. Tsikata informed that the witness was suffering from some health complications, and added that if given the opportunity to file a witness statement, the witness would help bring some pertinent evidence and facts to help Mr. Mahama to make his case.

It later turned out that the witness was Rojo, as he is affectionately called, who was part of the NDC representatives at the EC National Collation Centre (‘Strongroom’) and the statement was filed late Thursday, with the leave of the court.

In the statement, he claims among others that the processes leading to the collation and declaration of the presidential election results were not in conformity with laid down rules.

He also claimed that he was ‘misled’ by officials of the EC to sign the collated results from the Ashanti Region, which they had issues with.

Rojo stated that the EC officials had told him that once his colleague regional representative had signed the collation form, the only reprieve left for him was to go to court to challenge it.

Right after the witness was sworn in and Mr. Tsikata applied for the witness statement to be adopted as the evidence in chief of the witness, Mr. Ampaw raised objection to its adoption.

He first of all told the court that the witness in his statement indicated that paragraphs one to 16 were “to the best of his knowledge.”

The lawyers argued that what it meant was that the remaining paragraphs – 17 to 32 – were only crafted after the cross examination of Dr. Kpessa-Whyte, who testified early this week and was the other NDC representative at the EC ‘Strongroom’.

Mr. Tsikata at the direction of the court then applied to amend the statement which was granted.

He argued that paragraph nine of the witness statement, for instance, was seeking to introduce through the back door, the issues of authenticity which was already determined by the court in its ruling of an application by the petitioner requesting the originals of certain documents from the EC.

He also argued that some of those paragraphs were attempting to introduce new material facts which were not found anywhere in the petition but were being introduced after the cross examination of the previous two witnesses of the petitioner.

It was also the argument of Mr. Ampaw that paragraphs 25 and 26 of the witness statement were “completely irrelevant” and were not part of the pleadings of the petition and ought to be struck out.

The objection was opposed by Mr. Tsikata, who said some of those paragraphs were responses to the answer of the EC to the petition, thereby making them matters to be addressed before the court.

He also told the court that it was a bit strange that the petitioner was being told to take away certain portions of the witness’ statement when those paragraphs were addressing the circumstances under which the witness signed certain documents.

Mr. Tsikata, standing on his feet for about four hours, added that the paragraphs were relevant testimonies as they were issues pleaded by the EC which the petitioner was contesting.

The seven-member panel of the court presided over by the Chief Justice, Anin Yeboah, and assisted by Justices Yaw Appau, Samuel Marful-Sau, Nene Amegatcher, Prof. Nii Ashie Kotey, Mariama Owusu and Gertrude Torkornoo in its ruling, struck out paragraphs 4, 5, 6, 7 and 18 as not having any foundation in the pleadings.

Those paragraphs relate to the constitutional mandate of the Chairperson of the EC who is the returning officer for the presidential election.

The court however, maintained the remaining paragraphs. Hearing continues on Monday, February 8, 2021.