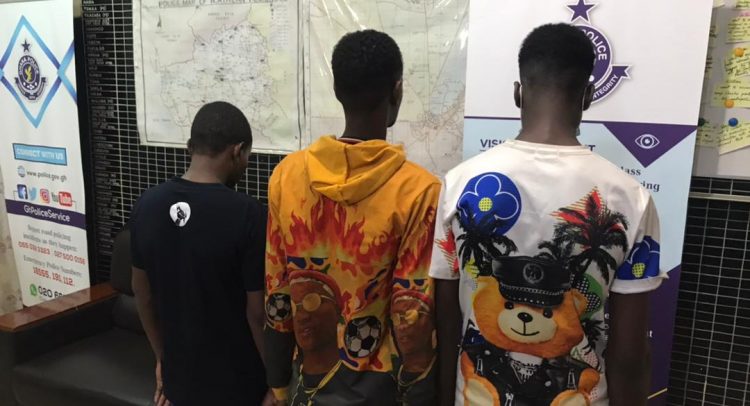 According to him, the suspects were lodging in separate hotels (name’s withheld) in Tamale in preparation to move to Salaga, Makango, Bimbilla and Wulensi areas to attack and kidnap people for ransoms.

The Northern Regional Police Commander hinted that a search conducted on Mohammed Umar found a Machete, one mobile phone and cash of Gh¢ 1,500, Ussif Mohammed had three mobile phones, cash of Gh¢1,800 and mobile money amount Gh¢ 5,239 while Sanda Mohammed had in his Possession three phones and cash amount of Gh¢2,561.

COP Yoosa stated that the suspects could not explain the circumstances under which such monies obtained and refused to lead police to their places of abode for further information investigations.

“Our investigators retrieved videos and scenes of the suspects displaying cash bundles of fifty Ghana cedis notes being splashed by them in what appears to be booties collected from robbery scenes or otherwise of ransoms received from kidnappings.”

He called on persons who have ever fallen victim to kidnapping or robbery activities to come and assist in their investigations.

Meanwhile, the suspects were arraigned before the Tamale District Magistrate Court and remanded into police custody for further investigations.

The suspects have been charged with robbery and kidnapping.