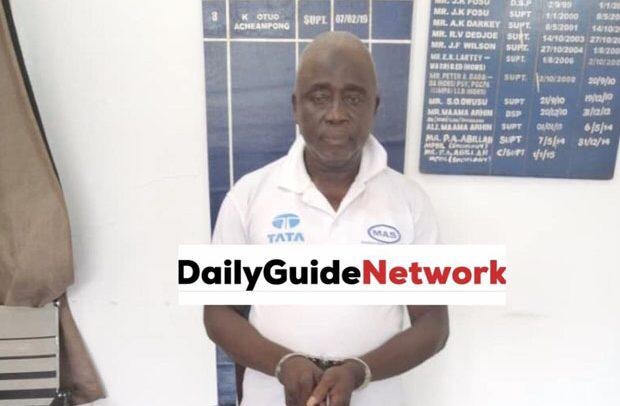 The Tamale Circuit Court presided over by His Honour, William Appiah Twumasi has granted one Mahama Issa Baku Gorenje – who allegedly defiled three girls – bail with three sureties of which one shall be a government worker earning not less than Ghc 3,000.

The accused pleaded not guilty to all two counts of defilement.

The counsel of the accused Lawyer Sheike Harif, prayed for bail from the court which was granted by the judge.

The case has been adjourned to July 20.

Meanwhile, the Tamale Circuit court judge has ordered for the arrest of the third victim’s father who decided to withdraw the case from the police station to settle it at home.

The accused 63-year-old man, Mahama Issahaku Gonja, was arrested by the Northern Regional Police Command for allegedly defiling three girls and impregnating one of them, a 13-year-old at Shishagu in the Northern region.

The accused is said to be a traditional guitarist with two wives and eight children.

The uncle of the two of the victims aged 13,14 (name withheld) told DGN Online that the girls narrated that they were passing by the suspects house when he called them to go and buy him soft drinks.

According to him, they said when they returned with the drinks he asked them to come inside his room with it which they obliged.

He indicated that immediately they entered, the suspect threatened them with a knife and forcibly had sex with the three girls.

The uncle noted that the suspect threatened to kill them if they revealed what happened to anybody.

He explained that after some months they realized that the 13-year-old girl started vomiting which they thought was malaria and sent her to a pharmacy for medical care and it was revealed that she was pregnant.

He said the family met with the suspects family and they accepted responsibility and promised to take care of the girl till she gives birth.

The uncle disclosed that the issue was reported to the police and a medical form was given to the family and the victim was sent to the hospital.

DSP Emmanuel Horlutu, the Northern Regional Coordinator of the Domestic Violence and Victim Support Unit (DOVVSU) confirmed to DGN Online that the case was reported and the suspect has been arrested and in police custody.

I'm Not In ICU- Carlos Ahenkorah