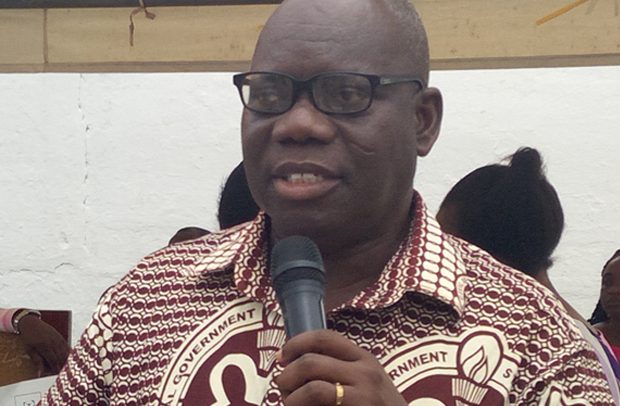 The Metropolitan Chief Executive for Sekondi – Takoradi, Anthony KK Sam is advising parents and guardians to get their children off the streets, markets and other public places in order not to put them in danger in the wake of the covid-19 pandemic.

He warned that any child found loitering in the city for no apparent reasons, would be detained and fines imposed on their parents or guardians.

Since the closure of basic schools in the country, as a result of the COVID-19 pandemic, some children had been seen selling or roaming about in the markets and on the streets but the Mayor says this is not the time to misuse them.

Medical experts have complained that those leaving children on their own and on the streets could undermine effort being taken by government to curtail the spread of the disease in the country.

The mayor noted in an interview that the temporary vacation granted the school children, fell within a strict protocol directed by the President to protect children from getting infected by the dreaded coronavirus disease

He indicated that a taskforce comprising officers of the Metro Security, Police, Education Directorate and other agencies responsible, will be patrolling the streets and market centres to arrest and detain any child seen roaming about aimlessly.
“The action will come into force this week. Any child that will be caught will be penalised. Not just them but their parents and guardians,” he stressed.

He said a temporary holding area has been prepared for kids that would be arrested by the team.

“We’ve created centers where these kids will be housed when caught, especially the markets. we will not allow the disease to spread in the metropolis ” the Mayor said.