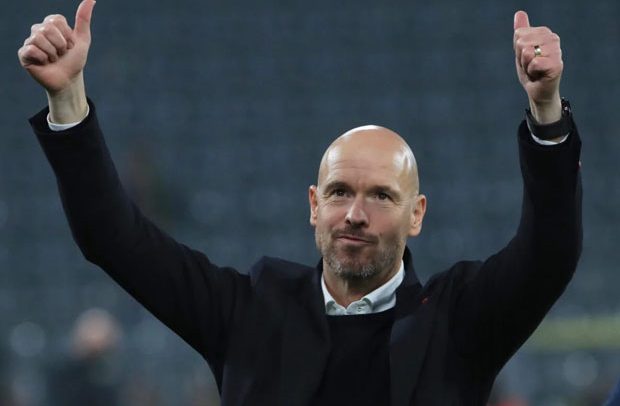 New Manchester United manager, Erik ten Hag, has said he can end the dominance of Manchester City and Liverpool in the Premier League.

United finished 35 points behind Pep Guardiola’s champions. However, the Dutchman, during his presentation at Old Trafford, believes the top two can be toppled.

“In this moment, I admire them both, Manchester City and Liverpool,” Ten Hag said. “They both play really fantastic football, both Liverpool and Man City.

“But you will always see an era can come to an end, and I am looking forward to battle with them, and I am sure all the other Premier League clubs will want to do that.

“I’ve already met big coaches and big teams in the Premier League, and I know how to deal with that.

“But it’s clear, the Premier League is the biggest league in the world, I think and I’m looking forward to battling with them (sic).”

Ten Hag has signed an initial three-year contract at United, having secured three league titles while in charge at Ajax. There have been suggestions the 52-year-old is taking a risk by trying to succeed where Louis van Gaal, Jose Mourinho, and Ole Gunnar Solskjaer have failed, but Ten Hag doesn’t see it that way.

“I don’t see it as a risk,” he said. “There is a fantastic history and the high potential for the future – that’s why I’m here. I don’t speak with the players now, they need a break, they need a break to reflect, but I’m looking forward, and I can’t wait to start (sic).”

Asked whether Cristiano Ronaldo is part of his plans for the future, Ten Hag said “of course”. But he was less enthusiastic about the prospect of working with former interim boss, Ralf Rangnick, who is due to take up a two-year consultancy role.

Asked whether he would support Rangnick taking up the role, Ten Hag replied pointedly: “That’s on the club.”