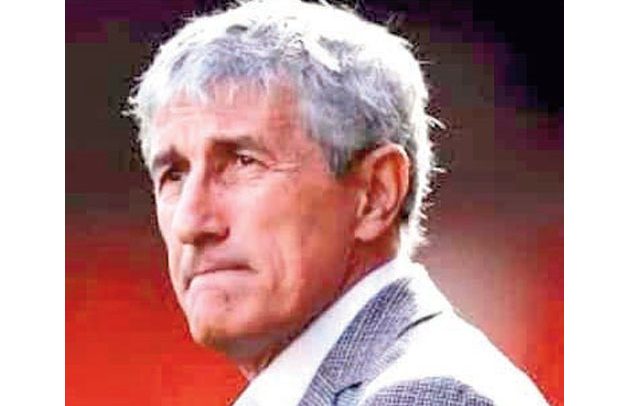 Barcelona players were involved in a dressing room bust-up with under-fire manager Quique Setien following their 2-2 draw with Celta Vigo on Saturday.

The Catalan club twice surrendered leads away at relegation-threatened Celta which allowed Real Madrid to leapfrog them to the top of the La Liga table after they edged past Espanyol on Sunday night.

Uruguayan forward Luis Suarez, who scored twice in the disappointing draw, told reporters after the game that the club’s coaches were to blame for Barcelona’s poor away form, which has se en them pick up just two wins from their last six games on the road.

But, according to Spanish news outlet Marca, the frustration spilled into the changing rooms, with some of Barcelona’s playing staff criticising Setien’s tactical decisions throughout the match.

The most notable area of complaint from the playing staff was Setien’s decision to bring on Antoine Griezmann for two-goal hero Suarez with just under ten minutes to play.

In addition, Setien brought off promising youngster Riqui Puig for Juventus-bound Arthur Melo with four minutes left which further angered some of the Barcelona players.

Marca report that this is not the first time the Barcelona players have clashed with Setien on matters surrounding tactical decisions, leading to a growing lack of harmony between manager and squad.

Barcelona took a first-half lead through Suarez’s 20th minute strike, but were pegged back five minutes after the break through Russian Fyodor Smolov’s equaliser.

Suarez re-established the Catalan side’s lead a little over 15 minutes later with a smart turn and finish, but a late free-kick leveller by former Liverpool man Iago Aspas in the 88th minute meant the points were shared.

After the match, Suarez was quick to point the finger at those responsible for giving away the two leads.

When asked why Barcelona had dropped points again away from home, he said, “I think that’s why coaches are there, to analyse those situations. We’re there to do our best on the pitch.”