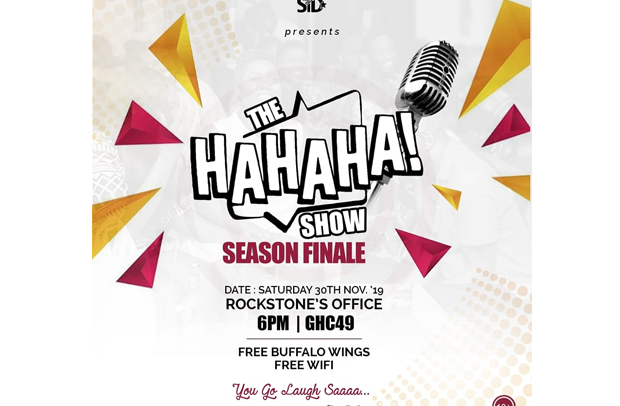 Your number one favorite monthly comedy show, Hahaha Show is coming your way again with another hilarious and rib-cracking show.

The show has made a name for itself as being one of the few consistent shows for comedic content.

This edition is a climax of the year, to celebrate the show’s success and everyone who has supported from day one.

The last edition for the year 2019 promises unlimited celebration, prizes and surprises.

Performers such as Comedian OB, Comedian Khemikal, MJ the comedian, Comedian Waris and German Comedian Toby Arsalan to mention a few, have graced the show and delivered master class performances within the season.

The Host, Obrempong who is standing in for Nii Kpakpo Thompson is also one of the contributors to success of the show.

He is loved by the entire audience and has the ability to make the audience feel at ease and create a splendid atmosphere.

He brings so much humor on stage as he keeps the momentum going after each performer.

The show is slated for Saturday, November 30 2019 at the Rockstone’s Office at 6 pm.