The Inner Dimensions of Eid al-Adha (Muslim Festival of Sacrifice) 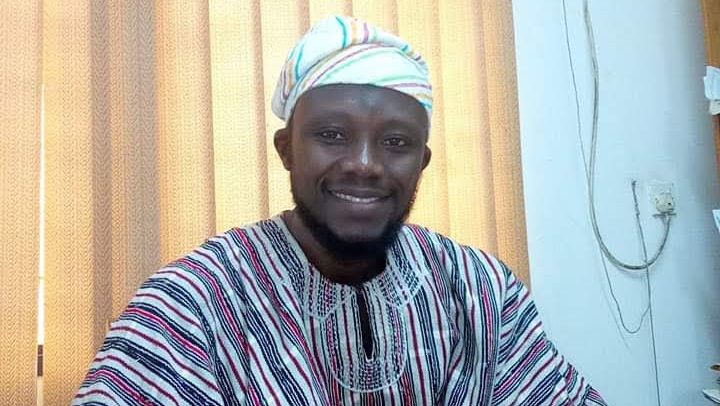 Introduction
There are many occasions in Islam in which merry-making is allowed. These include during naming ceremonies, marriages, Eid Ghadeer, Maulud etc. The two most common ones are (Eid al-Fitr) at the end of the Ramadan Fasting period and (Eid al-Adha) to climax activities of Hajj pilgrimage. Once again we have all been blessed by Allah (SWT) to witness and celebrate this great day of Eid Al-Adha. Eid Al-Adha basically means, ‘the festival of sacrifice’. On this day, Muslims are reminded about that great trial, which Prophet Ibrahim (a.s.) was put to, of sacrificing his young son Prophet Ismail (a.s.). Prophet Ibrahim (a.s.) complied with the command of Allah (SWT) and fully succeeded in it.

What is Eid al-Adha
The word “Eid” means a feast or festival and “Adha” means sacrifice. In the same light, “Udhiya”, sharing same root as “Adha”, refers to the sacrificial animal. Eid al-Adha therefore means Festival or feast of sacrifice. It begins on the 10th of Dhu’l-Hijja, the last month of the Islamic calendar, and continues for an additional three days (though the Muslim use of a lunar calendar means that it may occur during any season of the year). During the festival, families that can afford to sacrifice a ritually acceptable animal (sheep, camel, or cow) do so and then share the meat among themselves, the poor, as well as friends and neighbours. For the pilgrims the sacrificial animal is known as (Had’yu) which sacrifice is obligatory on them at Mina. It is however recommended for believers at home in which case the animal is referred to as Udhiya.

Historical background
The festival is a commemoration of the intended sacrifice of his son when Prophet Ibrahim had a revelation in a dream. He was directed in the vision to slaughter his beloved son Ismail who was born in Ibrahim’s old age after a long period praying to Allah for an heir. Prophet Ibrahim complied with the directive after seeking the consent of his obedient son Ismail who willingly gave his consent without hesitation. At the end of the story, a ram was provided as a ransom for Ismail and slaughtered in his stead. The object of sacrifice is a subject of intense polemics between Christianity and Islam. Whereas Muslims say it was Ismail, contrarily, Christians are of the view it was Isaac. Part of the story is narrated in the Qur’an thus:
“‘My Lord! Give me [an heir], one of the righteous.’ So We gave him the good news of a forbearing son. When he was old enough to assist in his endeavour, he said, ‘My son! I see in dreams that I am sacrificing you. See what you think.’ He said, ‘Father! Do whatever you have been commanded. If Allah wishes, you will find me to be patient.’ So when they had both surrendered to Allah’s will, and he had laid him down on his forehead, We called out to him, ‘O Abraham! You have indeed fulfilled your vision! Thus indeed do We reward the virtuous! This was indeed a manifest test.’ Then We ransomed him with a great sacrifice.” (37:100-107)
Unlike the Biblical narrative, the Qur’an presents a unique perspective in this story.

Prophet Ibrahim did not hide from his beloved son Ismail the fact that he intended to carry through the instruction he received through a vision to sacrifice Ismail. Interestingly, Ismail without pausing to give the proposal a thought, gave his consent. A consent which sprung from the depth of his heart, full of Īmān (faith) as big and resolute as his father’s.

Indeed, Abraham’s prayer for a righteous heir had been answered and manifested in Ismail.

Note also that even though Ibrahim did not succeed in sacrificing Ismail, Allah still commends him for having fulfilled his obligation. This is to say that it was not the physical manifestation of the sacrifice per se that Allah wanted from Prophet Ibrahim but the faith, conviction and unconditional submission to His will was the requirement. Once that had been attained, both Ibrahim and Ismail had passed the test and thus were rewarded.

Eid al-Adha sacrifice in the Qur’an and Sunnah
Commemoration of Eid al-Adha has its basis established in the Holy Qur’an. The Sunnah of the Prophet In Qur’an 2:196 Allah says:
“And complete the Hajj and Umrah for Allah. But if you are prevented, then (offer) what can be obtained with ease of sacrificial animals. And do not shave your heads until the sacrificial animal has reached its place of slaughter.” (Q. 2:196)
It is an established Sunnah of the Prophet that he used to sacrifice two rams; one for himself and members of household and the other on behalf of his followers who could not afford it. in Sunan Abi Dawud , Jabir narrated: “I prayed on `Eid Al-Adha with the Messenger of Allah (peace and blessings of Allah be upon him), and when he finished (the prayer), two rams were brought to him, and he sacrificed them. He said, ‘In the Name of Allah, Allah is Most Great. This is on behalf of myself and any member of my Ummah who did not offer a sacrifice.”

Two dimensions of the Sacrifice
The Eid al-Adha sacrifice has two important dimensions; spiritual and social.

Spiritual
This dimension strengthens the relationship of the servant with Allah. It seeks to draw him/her nearer to the divine being as the servant submits unconditionally to Allah and obeys commands of Allah in observing the sacrifice.

The physical manifestations of our sacrifices are insignificant in the sight of Allah. The size of the animal and how beautiful it appeals to the eye is not important. Rather, what is important is the inner force (Īmān and Taqwā) that drives our actions.

In fact, Allah does not need the meat nor the blood of the animals. In other words the animals themselves are insignificant in this sacrifice. Rather, piety is what Allah expects. Allah says in Qur’an chapter 22:37: “It is not their flesh or blood that reaches Allah; rather, it is your piety that reaches Him. Thus has He disposed them for your benefit so that you may magnify Allah for His guiding you. And give good news to the virtuous.”

If our sacrifices are not backed by an inner conviction of faith and Godwariness, then indeed, all we are doing is enjoying the taste of meat while straying far from attaining any spiritual benefit. It is therefore incumbent on believers to be guided by piety during the sacrifice
The sacrifice symbolizes the slaughter of the ego, greed, avarice, conceit, hatred and all vices. It also symbolizes the slaughter of any worldly attachments such as wealth, status, beauty, spouse, children etc., which can hinder one’s proximity to Allah the almighty in spiritual terms.

Social
This aspect of the sacrifice brings individual members of the society together and strengthens the relationship between the poor and the rich. It builds social cohesion, fellow-feeling and inculcates humanitarianism in the hearts of the people. In this regard those who are able to sacrifice are obliged to share the meat with the poor who could not. In so doing, both are able to celebrate the day and make merry together. “That they may witness the benefits for them, and mention Allah’s Name during the known days over the livestock He has provided them. So eat thereof and feed the destitute and the needy.” (Q. 22:28) Furthermore, “We have appointed for you the (sacrificial) camels as part of Allah’s sacraments. There is good for you in them. So mention the Name of Allah over them as they stand. And when they have fallen on their flanks, eat from them, and feed the self-contained needy and the mendicant. Thus have We disposed them for your benefit so that you may give thanks”. (Q. 22:36)

Islam lays a lot of emphasis on taking care of the needy in the society. It makes it a responsibility of the rich and wealthy members of the society. Hence interventions such as zakat, zakat al-Fitr, sadaqa and sharing meat from the Udhiya with the poor are put in place to cater for the needs of the poor, orphans, captives etc.

Characteristics of the sacrificial animal:
The animal must satisfy certain general and specific conditions to qualify it for the purpose and it must be either be a sheep, camel or cattle. Generally, the animal must be healthy, must not be deformed (eg. one eyed, broken horn etc), acquired lawfully etc. Specifically, each animal should satisfy specific age requirement: at least 8 months or more for a sheep, a camel must be at least 5 years old entering 6th year and the cattle or goat should be at least 2 years entering the 3rd year.

The meat is to be divided into three parts; one part reserved for the family; one part to be given as gift to neighbours (who may be non-Muslims) and the last part as charity to the poor and destitute in the community.

On the day of Eid, fasting is recommended for the one who has sacrificed until after the animal is slaughtered. It is also recommended that they break the fast with a piece of meat from the sacrifice. It is allowed for a group of people; 2, 3, 5, or 7 to come together in partnership to purchase and slaughter one ram, cow or camel.

Even though Eid al-Adha is a festival that marks an ancient historical event, it is still relevant to our contemporary times.

It reminds us of the need for an absolute and unconditional submission to the will of Allah the Almighty, trusting that He has got our back. Like the “Trust Fall” game where an individual allows him/herself to fall backwards knowing that his/her safety is assured and their partner would not allow them to hit the ground.

Furthermore, Eid Al-Adha encourages humanitarianism, builds social cohesion, promotes sharing one’s wealth with poor and destitute and inculcates in the believers the need to be each other’s keepers. Undoubtedly, these are virtues that are needed in our contemporary world, perhaps more than any time in the past

Purpose:
Annual festival commemorating the completion of the annual Hajj pilgrimage and Prophet Abraham’s willingness to sacrifice his son for the sake of his lord. A festival of sharing and gift giving.

It is recommended that the owner himself should slaughter the animal. However, if for any reason he is unable to do so, a proxy can do the slaughtering in the name of the owner.

Also the sacrifice is supposed to be done by persons in the Hajj pilgrimage as an obligation and recommended for non-pilgrims at home who are able to afford.

Compassion for the animals

Prophet Muhammad (Peace and blessings of Allah be upon him) gave instructions that the animals to be slaughtered be shown compassion, handled in humane manner and reducing pain to the barest minimum by keeping the knife very sharp. Don’t make the animals anxious by exposing them to the blood or dead bodies of other animals.

Note: the views shared above are those of the author and do not represent the opinions of DGN Online as far as this subject is concerned

2 Arrested With AK47 At Bingbani